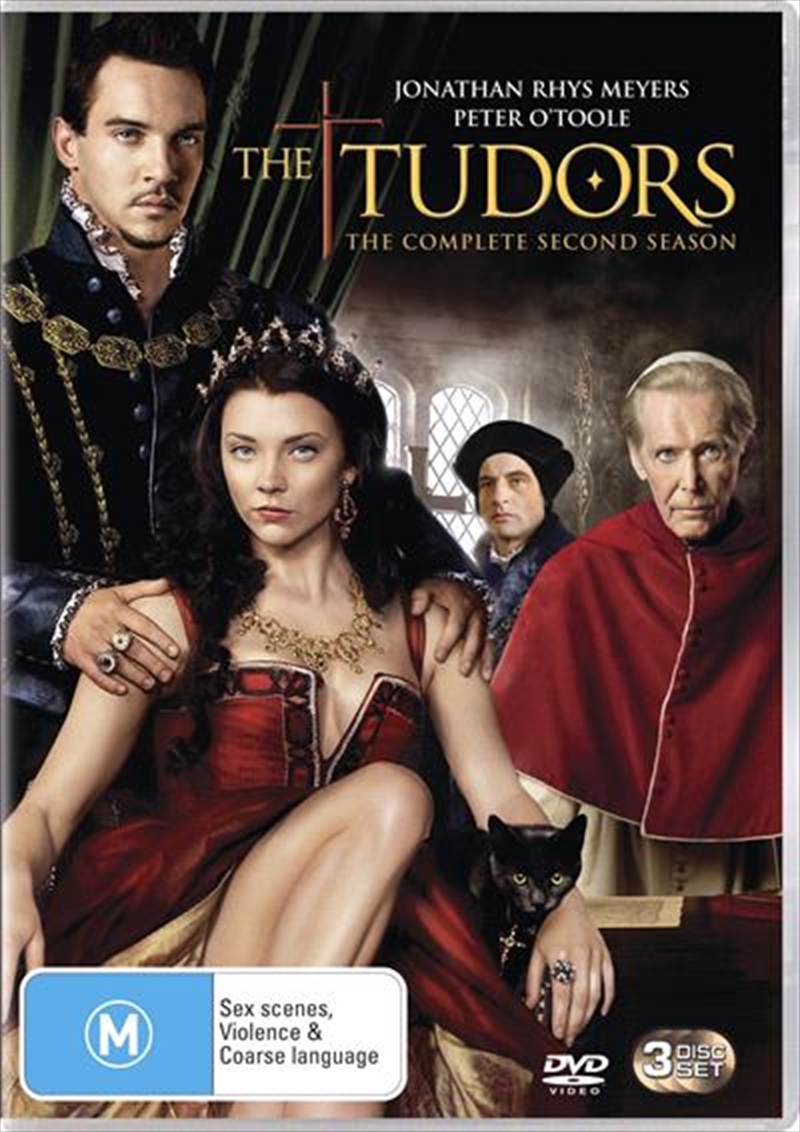 The incredible tale of the young, powerful, seductive King Henry VIII unfolds in THE TUDORS, the daring series focusing on the tumultuous early years of the ambitious King's nearly 40 year reign of England. Bold and passionate about his country and his women, Henry's obsession with ensuring his legacy led to beheadings of friend and foe, waging war and challenging the almighty Catholic Church of England, forever changing the soul of the British Empire. In the second season of THE TUDORS, the sexy TV sensation, Henry (Jonathan Rhys Meyers) is finally free to marry Anne Boleyn (Natalie Dormer), however we soon find out why she is later called 'Anne of a Thousand Days' as the political and emotional turmoil of life at court find another victim. The series also delves into his political relationships, including those with the Sir Thomas More and Pope Paul III, played by Peter O'Toole, during the Catholic Church of England's break with Rome. The exhilarating story continues with 10 new episodes filled to the brim with passion, cruelty and treachery - THE TUDORS is the greatest drama told in an exciting new way.