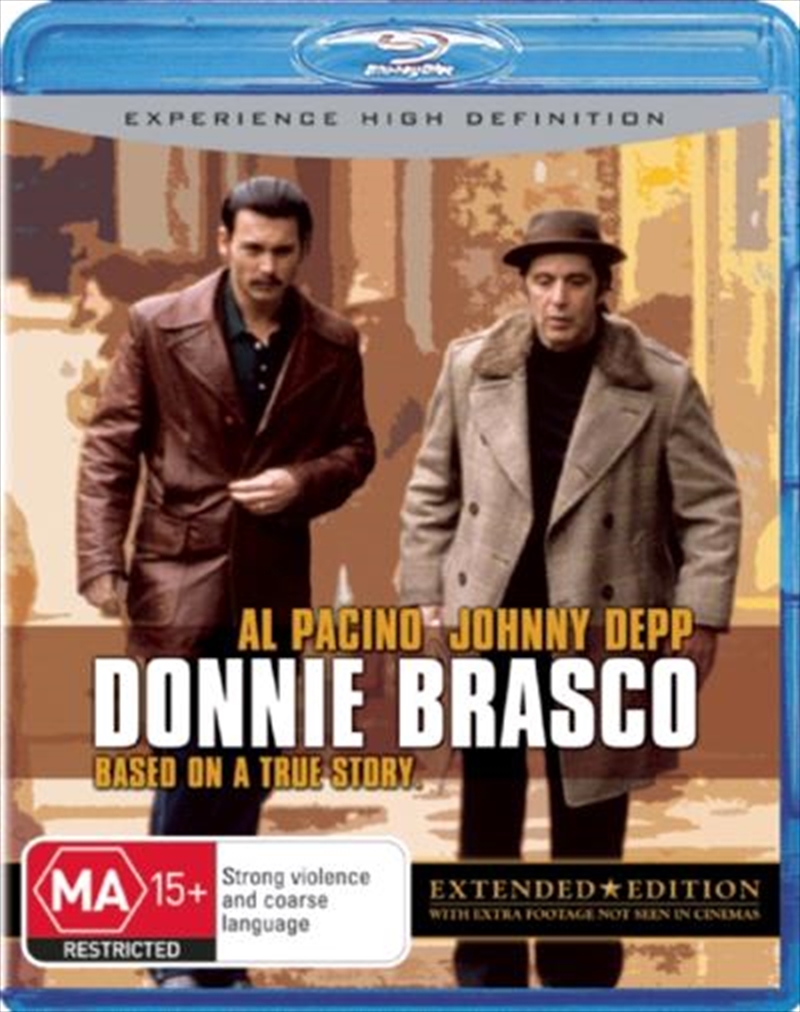 They were unstoppable, untouchable, uncontrollable. They were the Mafia, a law unto themselves and no-one could get to them. Until an FBI agent broke ranks and infiltrated their violent underworld, getting closer to its inner circle than any U.S. law officer ever had. The the force, he was Joe Pistone. The Mafia knew him as Donnie Brasco. Academy Award winner Al Pacino (1992 - "Scent of A Woman") and Johnny Depp star in this devastating true story of the man who had the power to bring the mafia down.
TRAILER
DETAILS