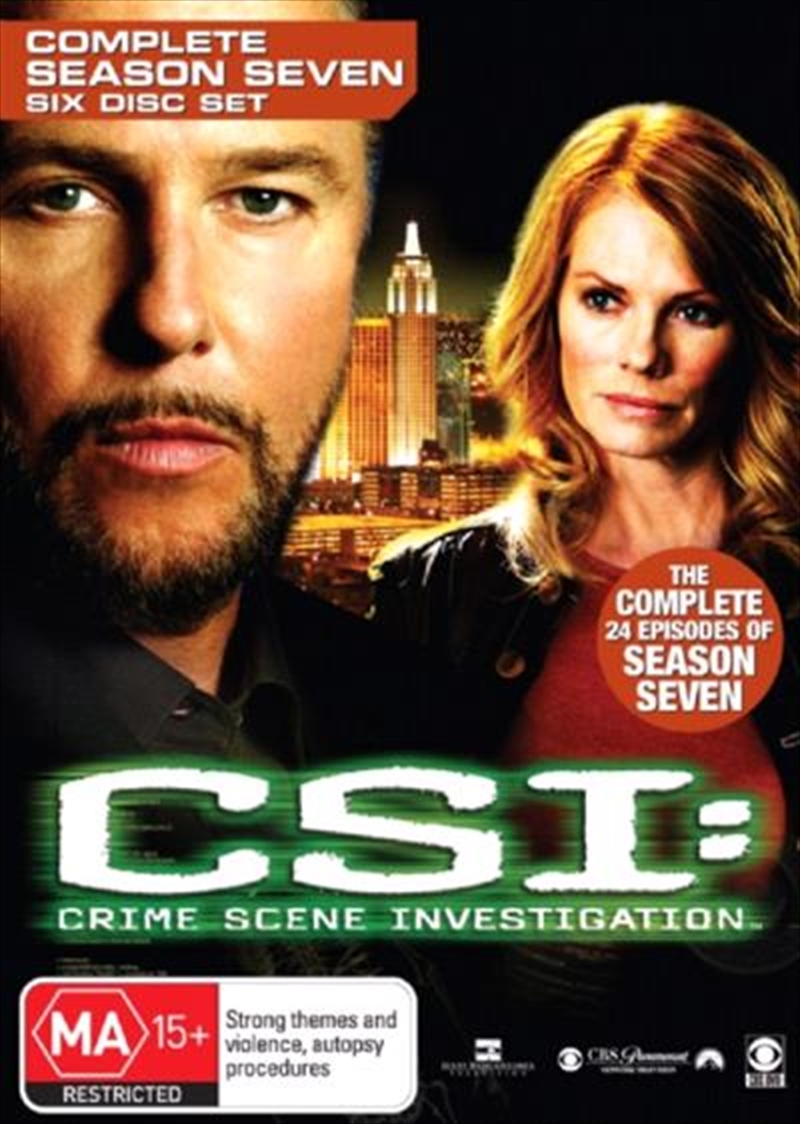 The team enters season 7 after coming close to losing their number one homicide detective. Catherine becomes the victim of her father's crooked business affairs while Greg is involved in street gang violence. The team also deals with the new CSI on board during Grissom's hiatus: the secretive Michael Keppler (Liev Schreiber).
DETAILS

Monster in the Box