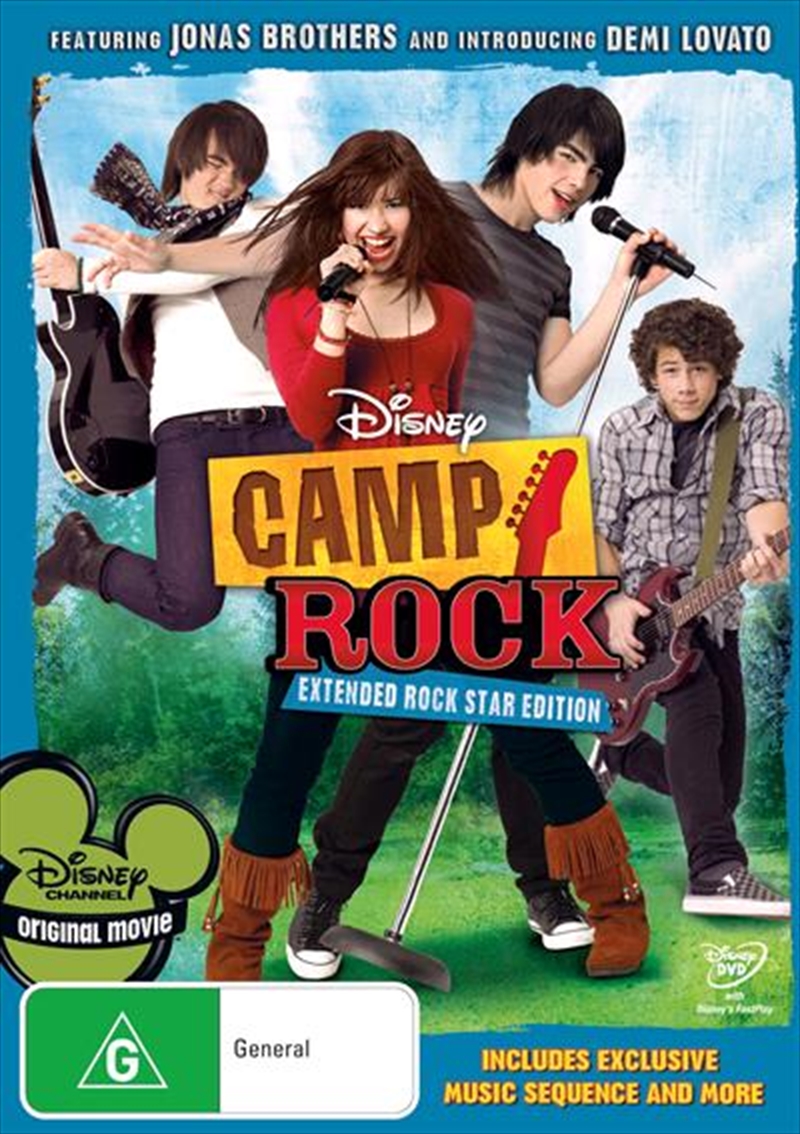 Shipping - See delivery options.
Postcode:
Quantity:
SEE MORE IN:
3 for $30 Movies & More Demi Lovato Nick Jonas
DESCRIPTION
This summer is gonna Rock! Get ready to sing and dance like never before with the electrifying Disney Channel Original Movie Camp Rock! Disney's exclusive DVD explodes with "Too Cool" special features, including an exclusive extended ending and "How To Be A Rock Star," a sensational series full of tips and secrets from the Camp Rock cast to help make your real-life rock star dream come true! When Mitchie gets a chance to attend Camp Rock, her life takes an unpredictable twist, and she learns just how important it is to be true to yourself. Join the top-selling Jonas Brothers and the hottest cast of performers at the coolest summer camp anywhere! Experience Camp Rock in a whole new way in this Extended Rock Star Edition DVD, packed with hit music, hip dance moves, and special features that will have you singing, dancing and rocking over and over again.
TRAILER
DETAILS