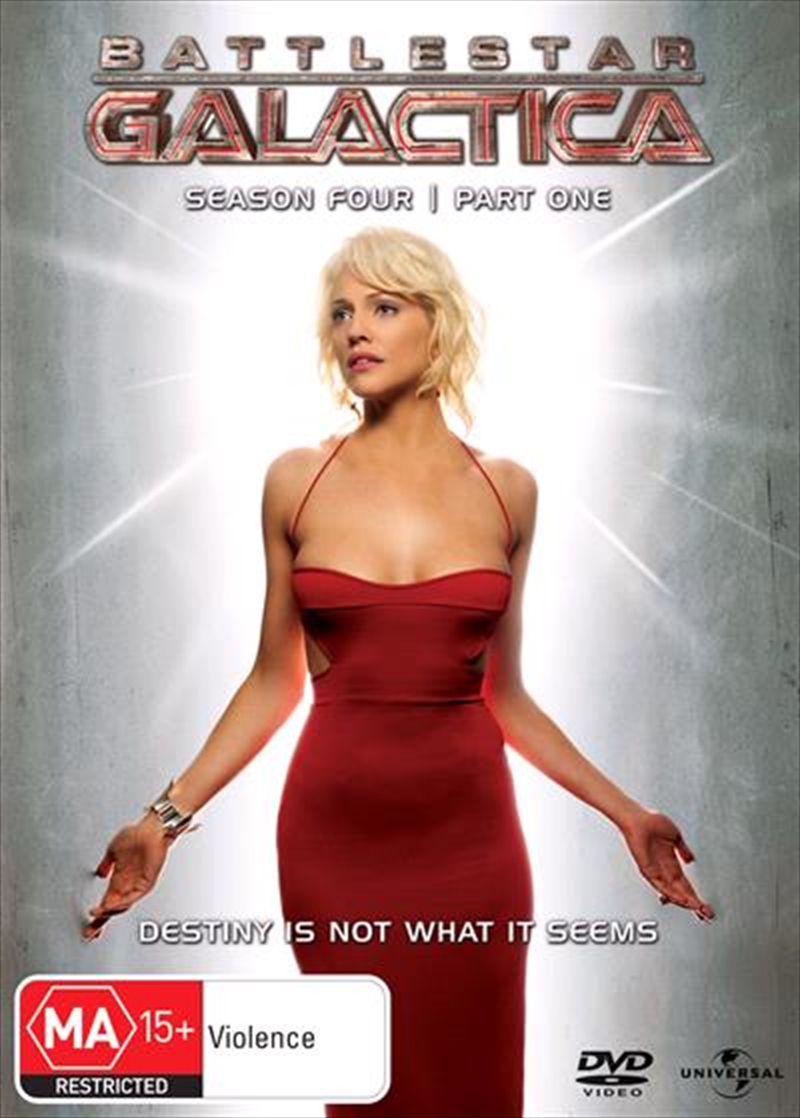 Last season, Starbuck returned. As did the President's Cancer. Baltar was freed, but not forgiven. Four cyclones were revealed. One remains unknown.Relive the events in all 10 episodes of Season Four Part One Battlestar Galactica with this 4-disc set in 5.1 surround sound. It includes the feature length Razor. Watch as humanity's last survivors struggle to be free, as the end of the race to find earth is drawing even closer.
DETAILS

He That Believeth in Me

The Ties That Bind