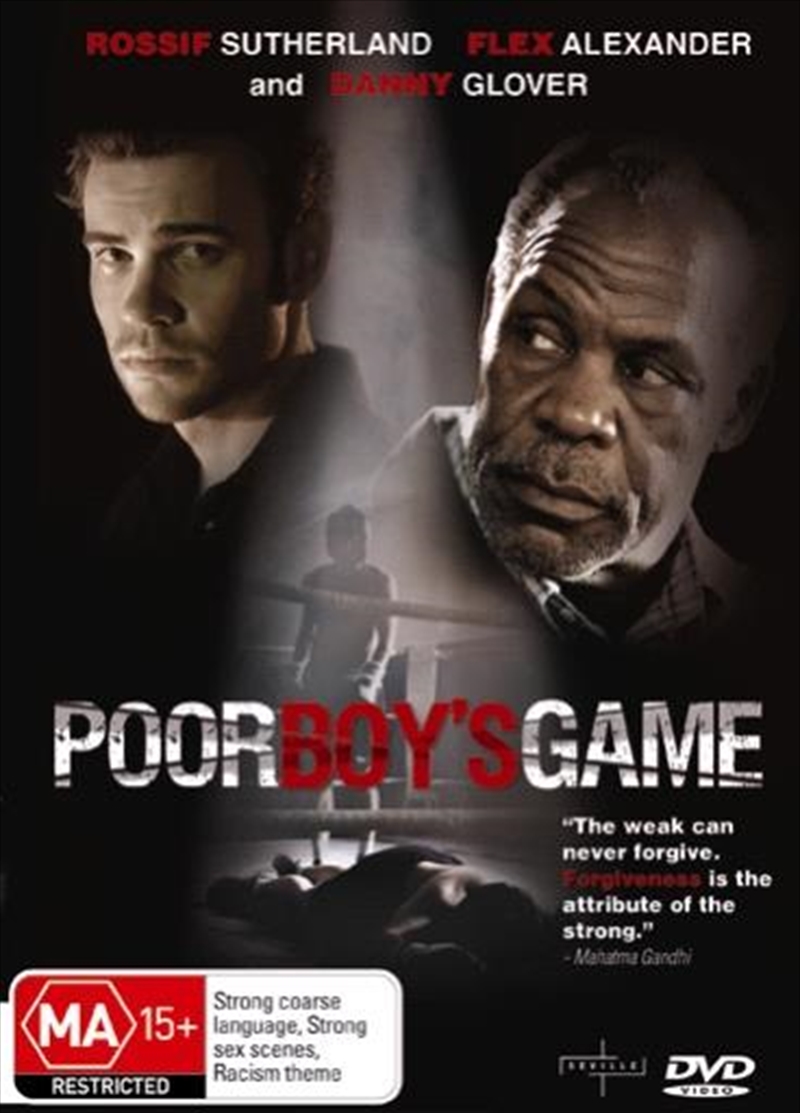 Shipping - See delivery options.
Postcode:
Quantity:
SEE MORE IN:
3 for $20 Movies & More
DESCRIPTION
Donnie Rose (Rossif Sutherland) went to prison for beating a young man so brutally it left him handicapped for life. Nine years later, Donnie is out. He's a different man with only one place to go, back home to the same violent and racist neighbourhood that created him. At the other end of town, the black community still wants revenge. The instrument of justice will be Ossie Paris (Flex Alexander), a devastatingly talented boxer who challengers Donnie to a match a match Donnie's family and peers wont let him refuse. George Carvery (Danny Glover) has waited nine years to avenge his sons fate at the hands of Donnie. When finally they meet face to face however, both realize they share a similar desire to overcome the past. As the barely contained racism boils to the surface, George and Donnie form a seemingly unlikely alliance. Their partnership makes them outcasts from both sides, who will only be satisfied by the blood of the ring. The two men get to know each other in the eye of the storm, knowing in full well that their futures will be decided with the bell of the first round.
TRAILER
DETAILS