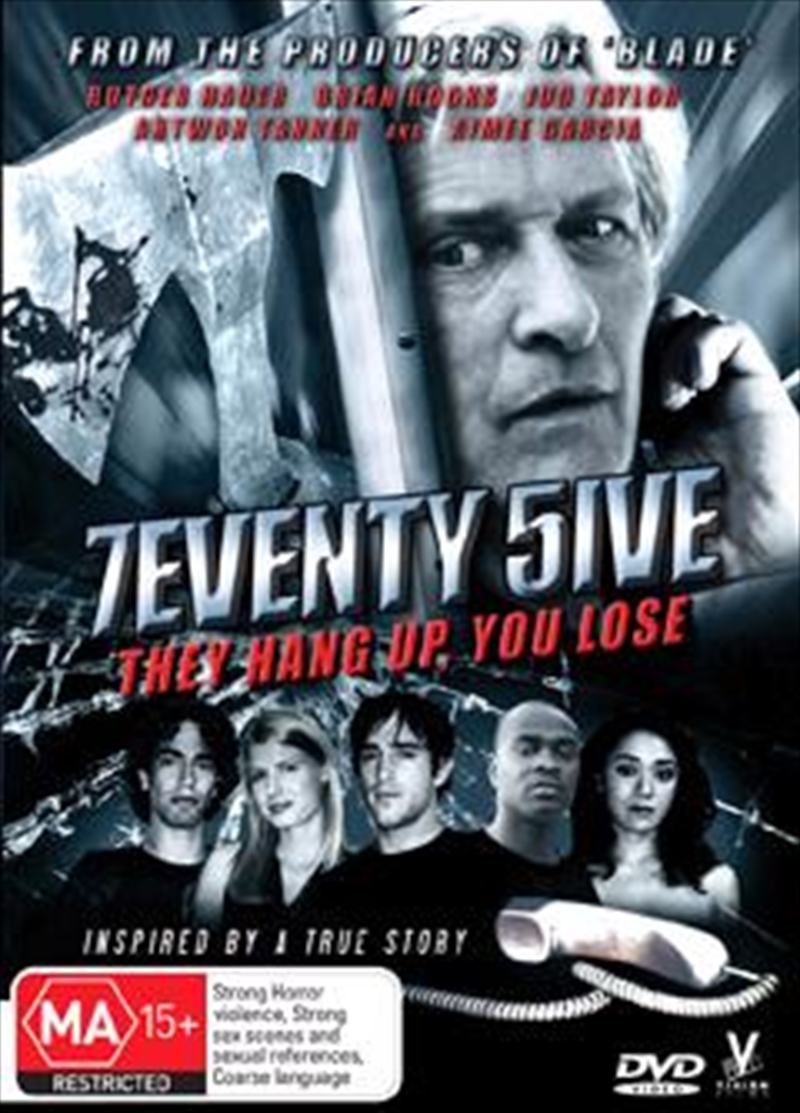 The rules of 75 are simple: prank call a random person and scare the hell out of them for 75 seconds. If the person laughs or hangs up, you lose. Whoever has the best 'scare' wins. The spring semester is coming to a close at a prestigious private university in Colorado. A close-knit circle of friends who have dubbed themselves the 'Crew', are tired of studying for finals and engage in a harmless prank calling contest called 75.However in this modern version of an old childhood prank, the calls are crueler and the stakes are higher. Every night dorms are packed with students wagering on each phone call. For the Crew and their friends, 75 quickly becomes a popular game on campus. When finals are over and it's time to party, rich classmates invites the Crew to his family's hideaway mansion in the mountains. But what starts as celebration, relaxation, and an exclusive round of 75, turns into an intense game of survival when someone accidentally calls the wrong person.The harmless prank has now become lethal. Isolated in a mansion miles away from the nearest city, the Crew has no hope of being rescued. As the body count continues to rise, those who remain attempt everything imaginable to escape. Fear and mayhem spill forth with mortal consequences as the Crew struggles to avoid their ultimate fate. Meanwhile a detective (Rutger Hauer) has noticed a disturbing connection between a series of brutal ax murders ten years ago and more recent crimes. It appears that members of the Crew are the survivors of a childhood game of 75; that went horribly wrong. He sets out for the mansion not knowing that history has repeated itself with terrifying consequences.
TRAILER
DETAILS