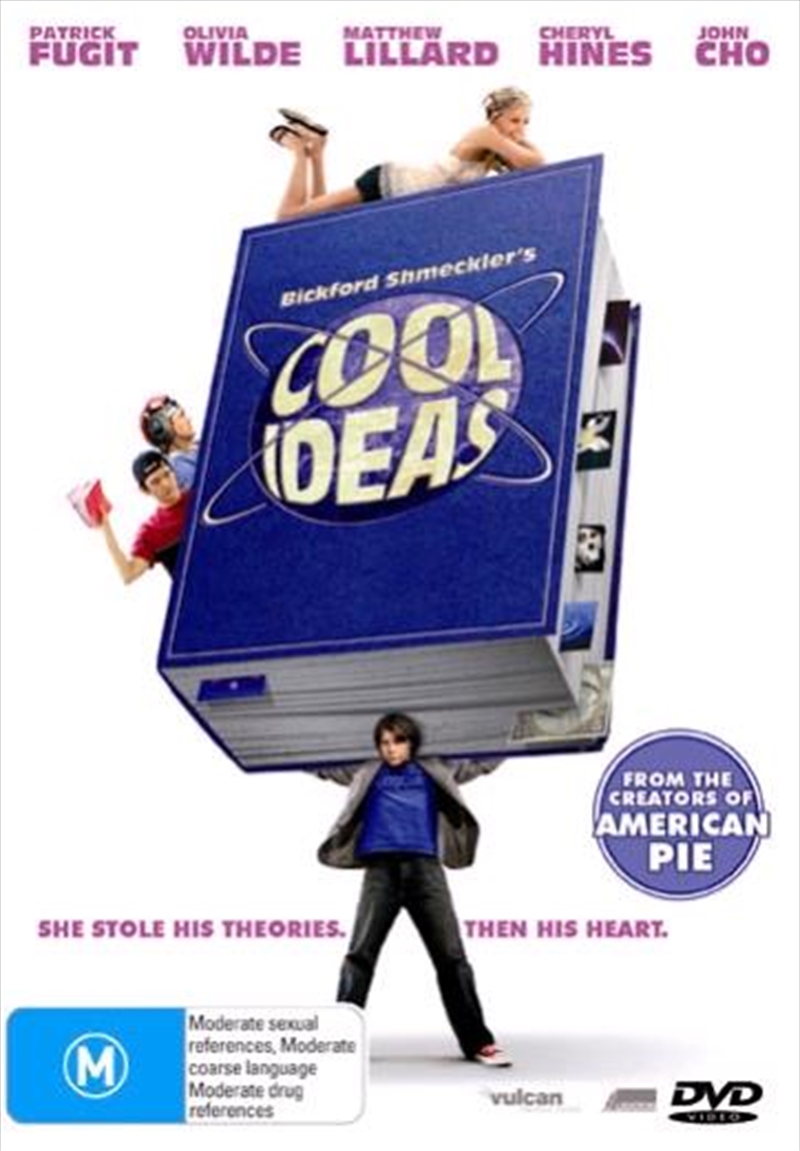 Shipping - See delivery options.
Postcode:
Quantity:
SEE MORE IN:
3 for $20 Movies & More
DESCRIPTION
She Stole His Theories Then His Heart

From the creators of American Pie and Hard Candy comes BICKFORD SHMECKLERS COOL IDEAS, a cosmological college comedy. Patrick Fugit stars as Bickford in this sex, drugs and rock and roll comedy about a young man who has hidden himself away in a world of brain-melting, intellectually grand lose ideas. When his book of cool ideas is stolen by sexy, hedonistic Sarah (Olivia Wilde), Bickford is forced to interact with the outside world in order to get it back. Ultimately Bickfords story is one of an indomitable spirit triumphing over tragedy. The remarkable supporting cast includes Matthew Lillard (Scooby Doo), Cheryl Hines (Curb your Enthusiasm) and John Cho (Harold and Kumar Go To White Castle)..
TRAILER
DETAILS