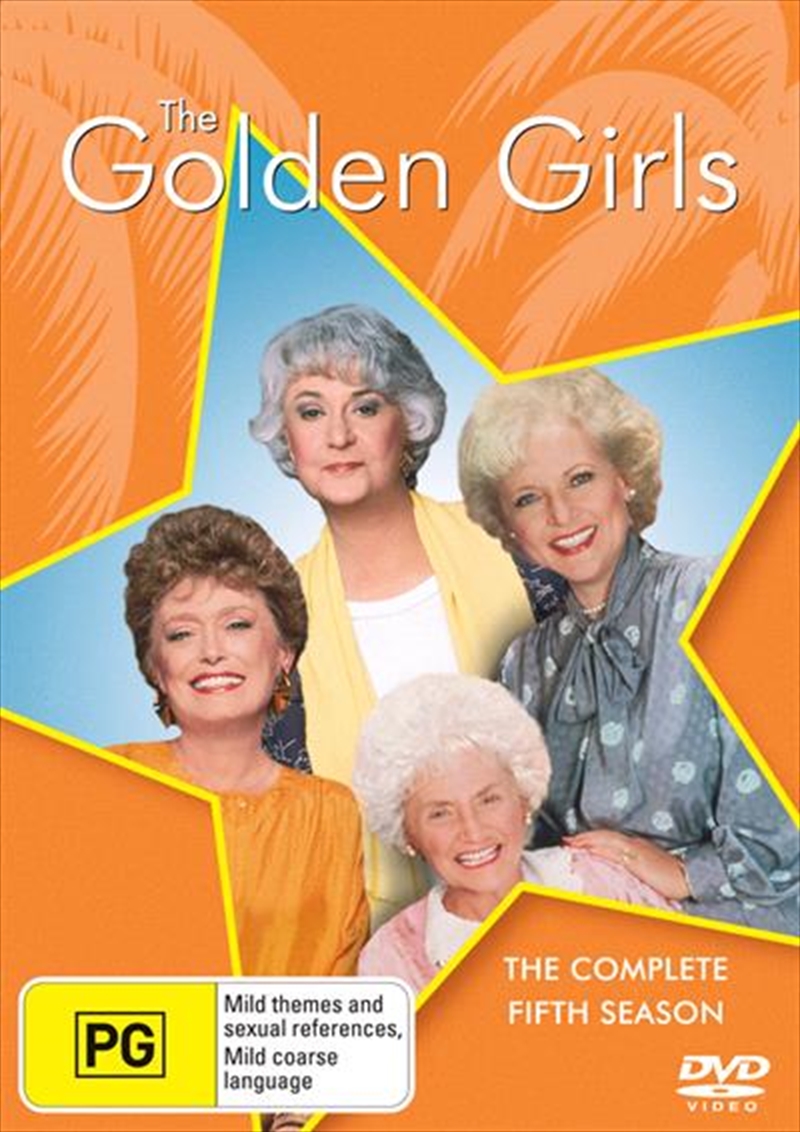 DESCRIPTION
&lt;H3&gt; Golden Girls Season 5 DVD - On Sale Now With Fast Shipping&lt;H3&gt;
Enjoy every side-splitting episode of Season Five in this laugh-packed DVD box set, complete with exclusive bonus material. The hilarious adventures include Sophia going on a bulk-buying binge, Rose and Blanche joining a protest to save some dolphins and Dorothy dating a real clown. The girls are also joined by classic guest stars including Dick Van Dyke, and they just might be paid a visit by the Commander in Chief himself! It s off-the-wall entertainment at its finest from the gals who wrote the recipe for great comedy.
DETAILS

Love Under the Big Top

Dancing in the Dark

Mr. Lucky - All That Jazz

Have Yourself a Very Little Christmas

Mary Has a Little Lamb

Twice in a Lifetime

Sisters and Other Strangers