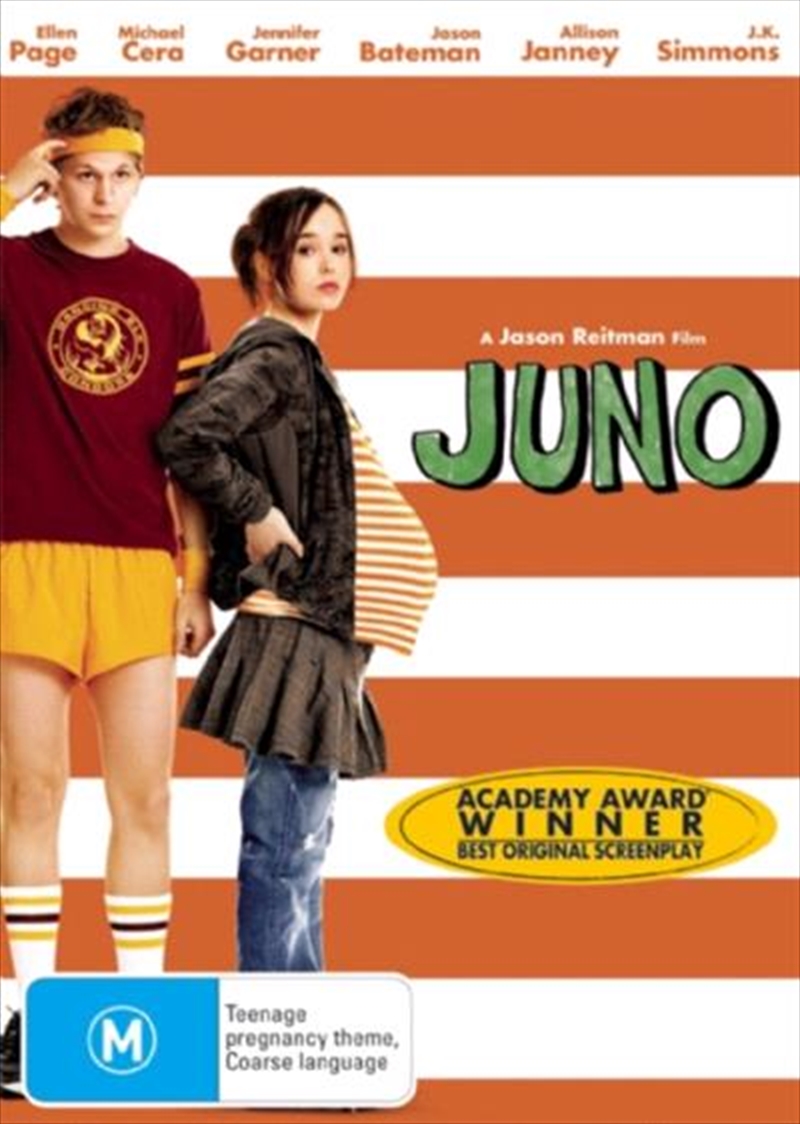 Shipping - See delivery options.
Postcode:
Quantity:
SEE MORE IN:
3 for $20 Movies & More
DESCRIPTION
A comedy about growing up...and the bumps along the way

Juno is a 16-year old high school student who prides herself on being different from the norm. However, being different has its limits. Things get tough when faced with an unplanned pregnancy caused by a one-time sexual encounter with her awkward and indecisive best friend, who she doesn't consider to be her boyfriend. When she decides to have the baby, but give it up for adoption, she makes an unusual decision after meeting the Lorings - a postcard perfect couple desperate but unable to have a child of their own. The strange relationship that develops between the three of them makes for a touching and funny story about how a single decision can change your life forever.
TRAILER
DETAILS