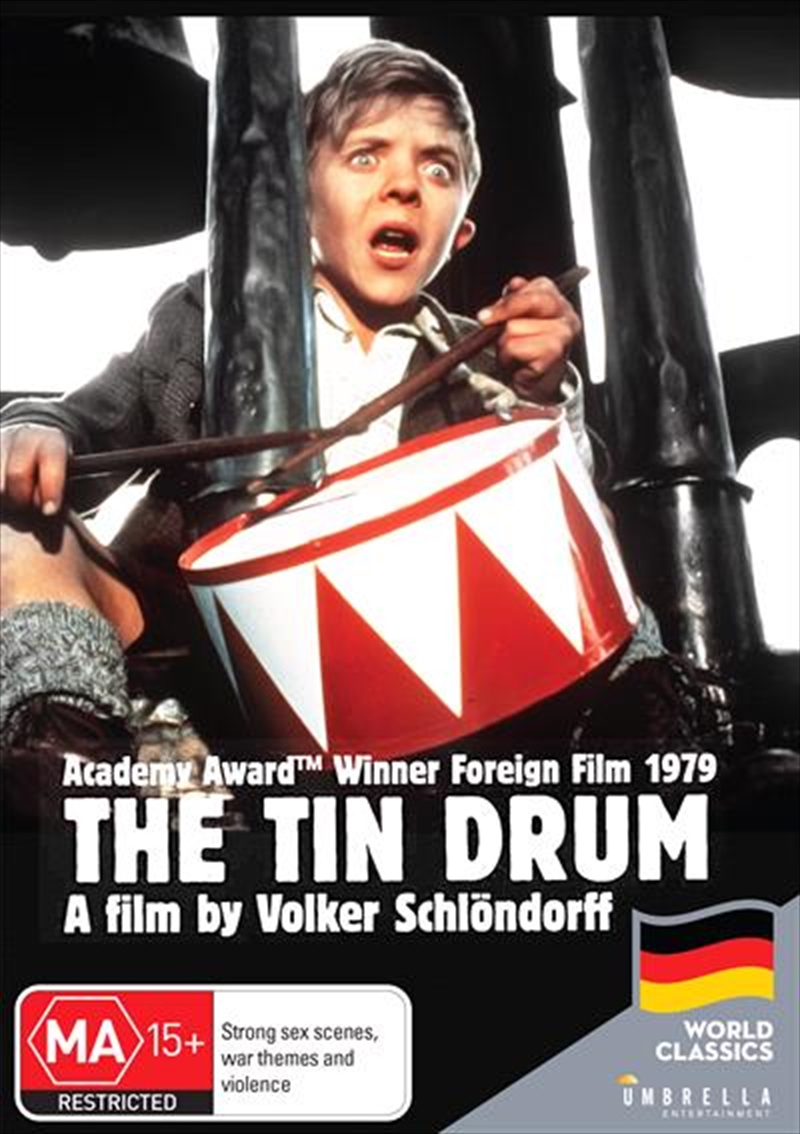 Novelist Gunter Grass assisted in this brilliant film adaptation of his groundbreaking novel, which depicts the horrors of two world wars in Germany via the brazen gaze of a very special young boy. Frustrated by the lies and hypocrisies that surround him, three year-old Oskar resorts to breaking glass with his shrill voice and banging relentlessly on his tin drum. With the fascists rising-up in his Polish-German hometown of Danzig, and the events leading up to the onslaught of Nazism coming to a head, Oskar is determined to boycott the adult world and remain a child forever. Vividly portrayed by the diminutive David Bennet, and brilliantly directed by master of the New German cinema, Volker Schlondorff, Oskar's epic coming-of-age story is a milestone of European film, and deservedly won top prize at Cannes and the Academy Awards. OSCAR - Foreign Film.
DETAILS