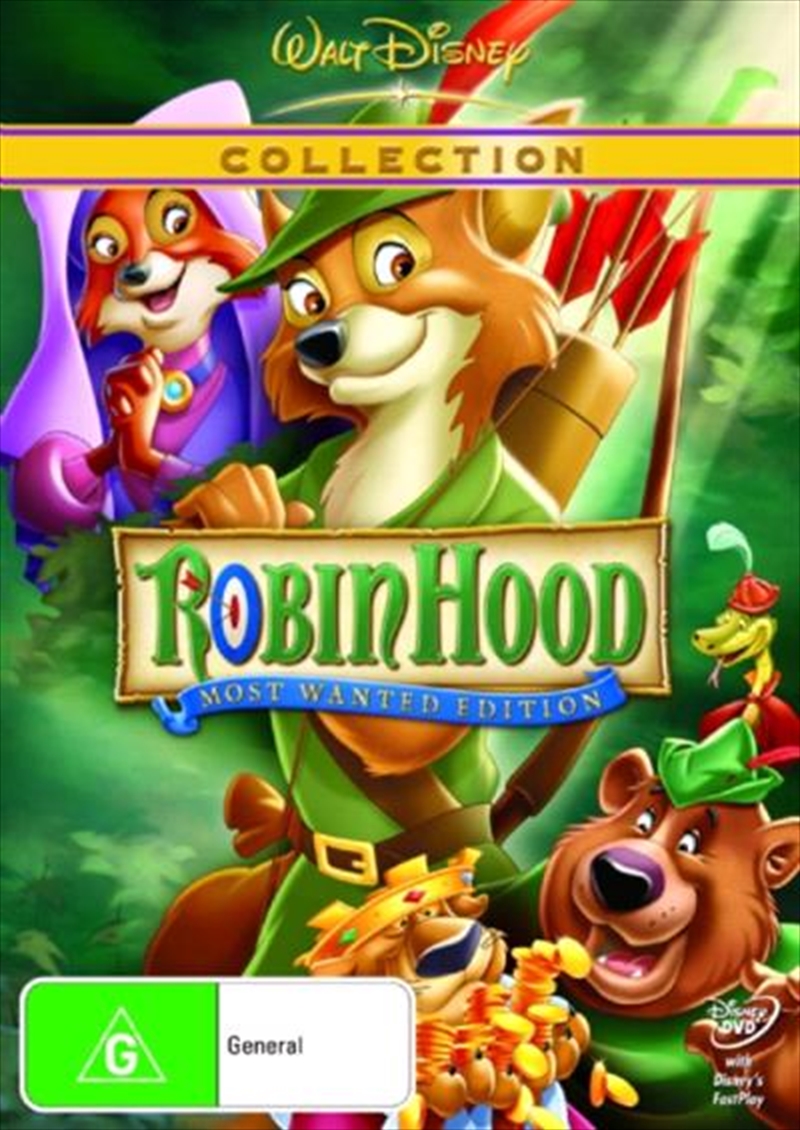 England is at war and ruled by a phony king. Greedy Prince John and his slithering sidekick, Sir Hiss, are taxing Nottingham's residents to the limit. Roguish Robin Hood, along with his trusted companion Little John and his devoted band of merry men hatch one exciting adventure after another to outfox the prince. Robin won't rest until he wins the hand of fair maid Marian and restores King Richard to the throne. Features celebrity voices.