Will and Grace - Season 2 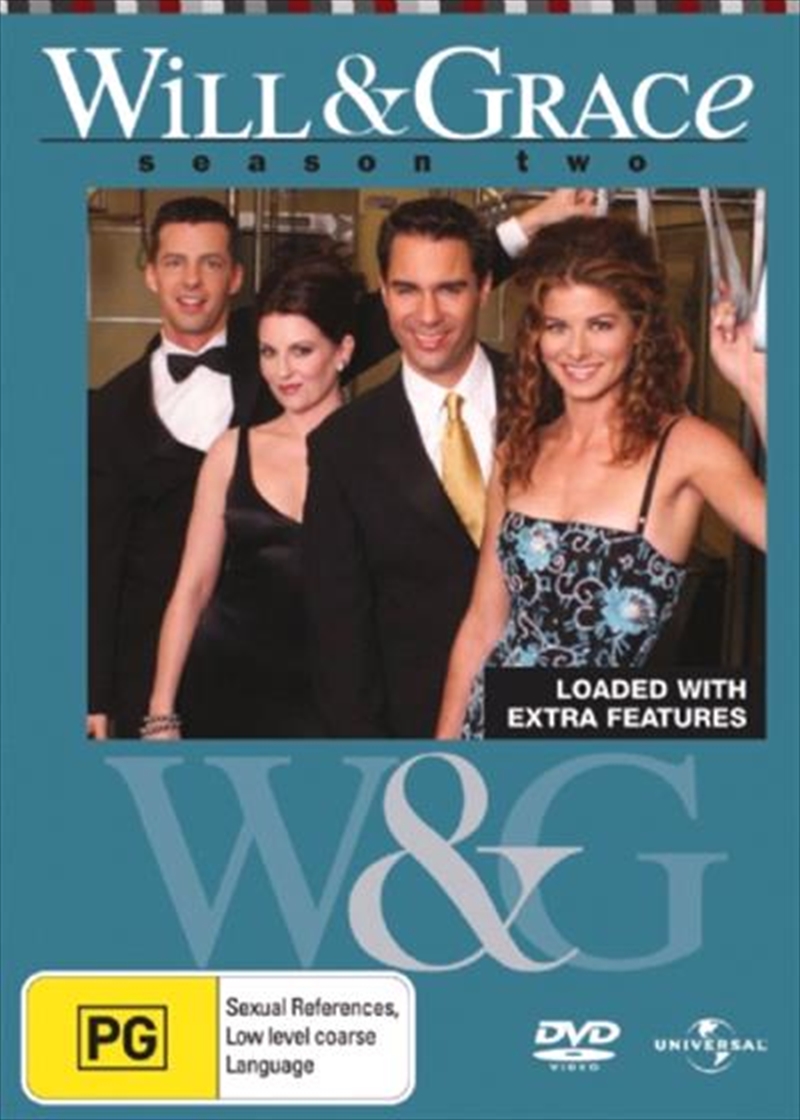 Shipping - See delivery options.
Postcode:
Quantity:
SEE MORE IN:
3 for $40 TV Will and Grace
&lt;H3&gt; Will and Grace Season 2 DVD - On Sale Now With Fast Shipping&lt;H3&gt;
Meet Will and Grace...they're not a couple, they're a couple of best friends.

'Will & Grace' follows the lives and loves of best friends Will Truman (Eric McCormack), a gay lawyer, and Grace Adler (Debra Messing), a straight interior designer. In addition to relationship, Will and Grace must also contend with their mischievous friends Jack (Sean Hayes) and Karen (Megan Mullally). This collection includes guest appearances by Neil Patrick Harris, Sydney Pollack, Debbie Reynolds and Molly Shannon.

Title: Will and Grace - Season 2

Guess Who's Not Coming to Dinner

Whose Mom Is It, Anyway?

To Serve and Disinfect

Homo for the Holidays

I Never Promised You an Olive Garden

Tea and a Total Lack of Sympathy

An Affair to Forget

There But for the Grace of Grace