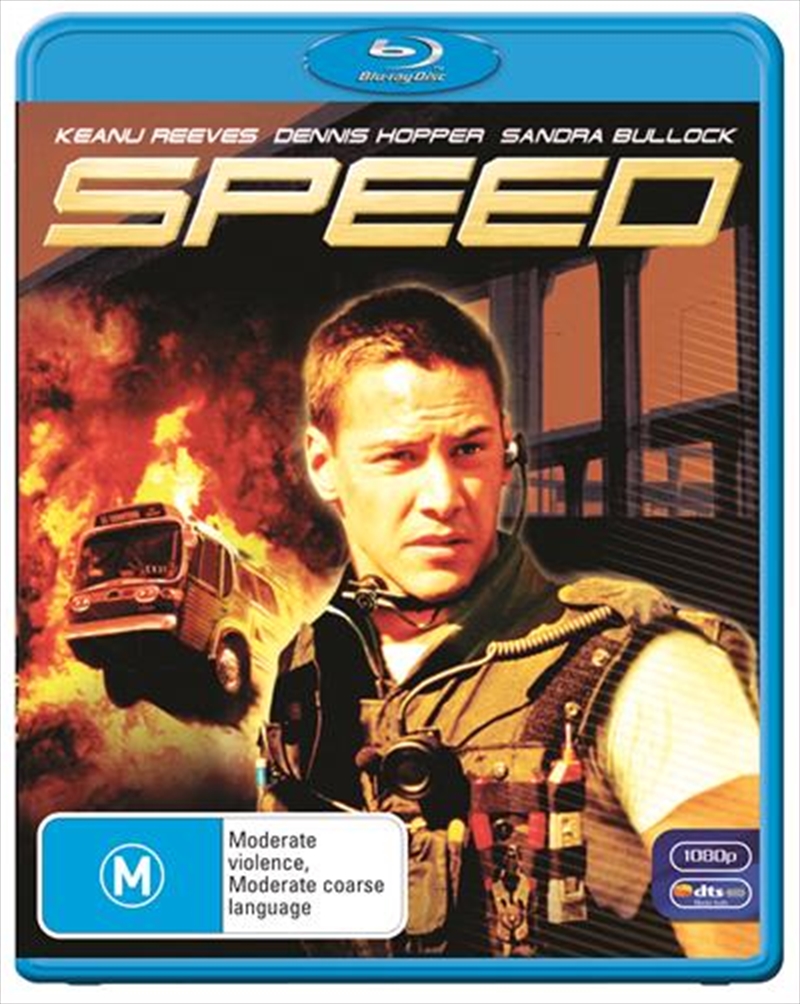 Shipping - See delivery options.
Postcode:
Quantity:
Hold on tight for a rush of pulse-pounding thrills, breathtaking stunts and unexpected romance in a film you'll want to see again and again. KEANU REEVES stars as Jack Traven, an L.A.P.D. SWAT team specialist who is sent to diffuse a bomb that a revenge-driven extortionist (DENNIS HOPPER) has planted on a bus. But until he does, Jack and passenger SANDRA BULLOCK must keep the bus speeding through the streets of Los Angeles at more than 50 miles per hour - or the bomb will explode. A high-octane chase of suspense, non-stop action and surprise twists, SPEED is a joyride sure to keep everyone on the edge of their seats