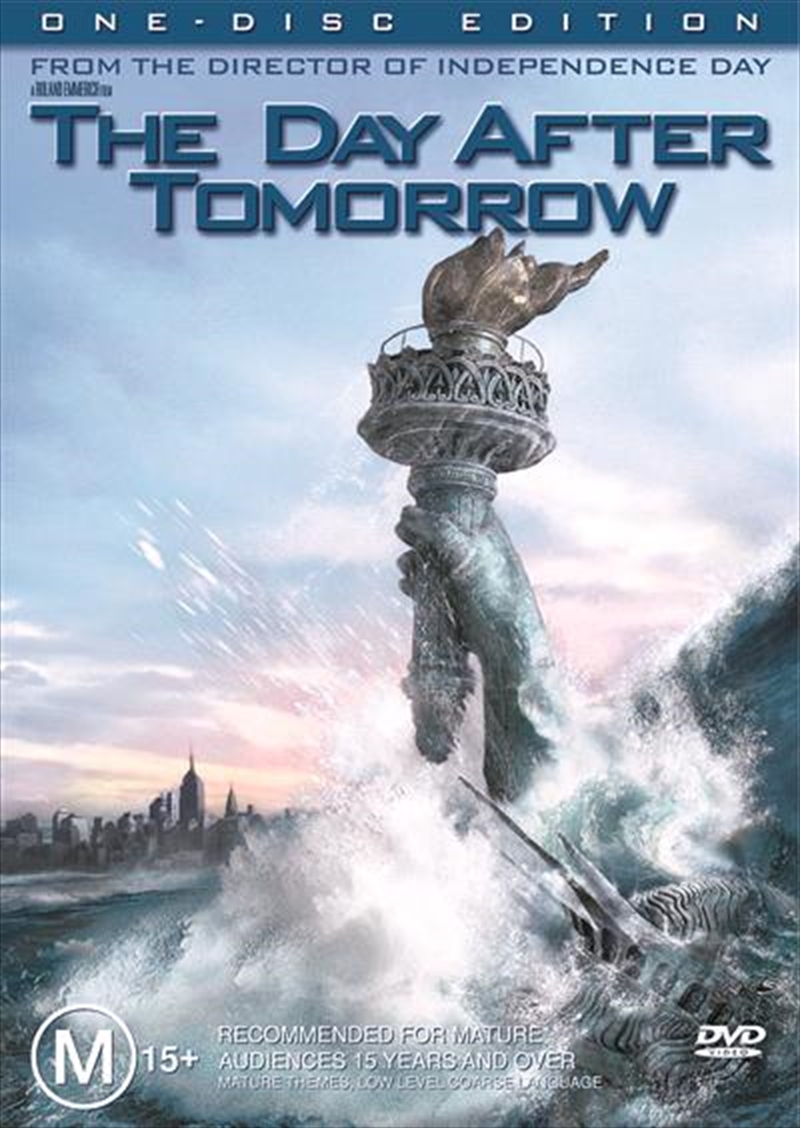 Shipping - See delivery options.
Postcode:
Quantity:
SEE MORE IN:
3 for $20 Movies & More
DESCRIPTION
Where will you be?

In this special-effects packed, highly anticipated event motion picture, an abrupt climate change has cataclysmic consequences for the entire planet. Climatologist Jack Hall (Dennis Quaid) predicted the coming of another ice age, but never expected it to happen during his lifetime. A sudden and violent shift in global weather causes extreme elements to wreak havoc in every corner of the earth; floods, hail, tornados and temperatures of a magnitude never seen before threaten the planet. Jack has to quickly convince the President of the United States to evacuate the country in order to save millions that are in danger, including his son Sam (Jake Gyllenhaal). When Sam is marooned in a sub-zero New York City, Jack must make a perilous trek against the clock to save his son.
TRAILER
DETAILS