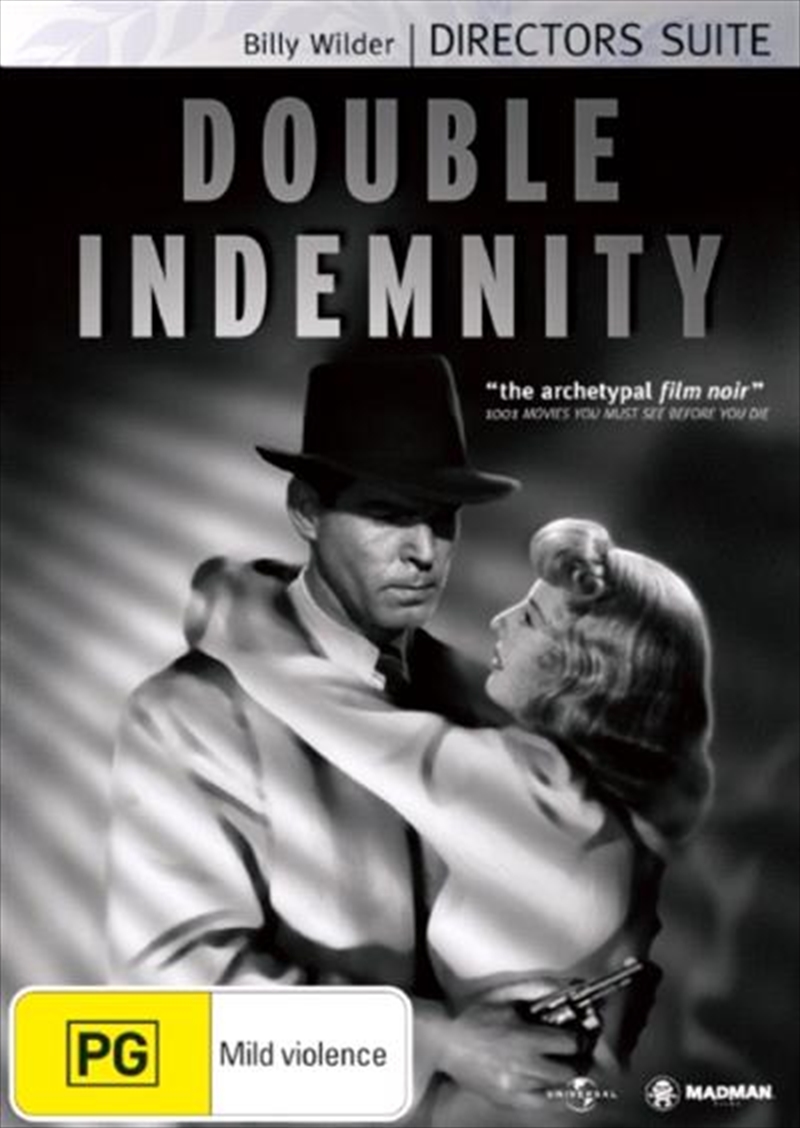 Shipping - See delivery options.
Postcode:
Quantity:
From the moment they met it was murder!

Walter Neff (Fred MacMurray), a smoothtalking but naÏve insurance salesman, falls for the seductive charms of his beautiful client Phyllis Dietrichson (Barbara Stanwyck). The couple are immediately drawn to each other and an affair begins. Together they plot to get rid of her dull husband and collect on the "double indemnity" life policy. Considered the greatest film noir ever made, and nominated for seven Academy Awards®, Double Indemnity is legendary director Billy Wilder's masterful adaptation of James M. Cain's classic thriller. With a brilliant cast - Fred MacMurray, Barbara Stanwyck, Edward G. Robinson - it is a cynical, witty thriller about adultery, corruption and murder.