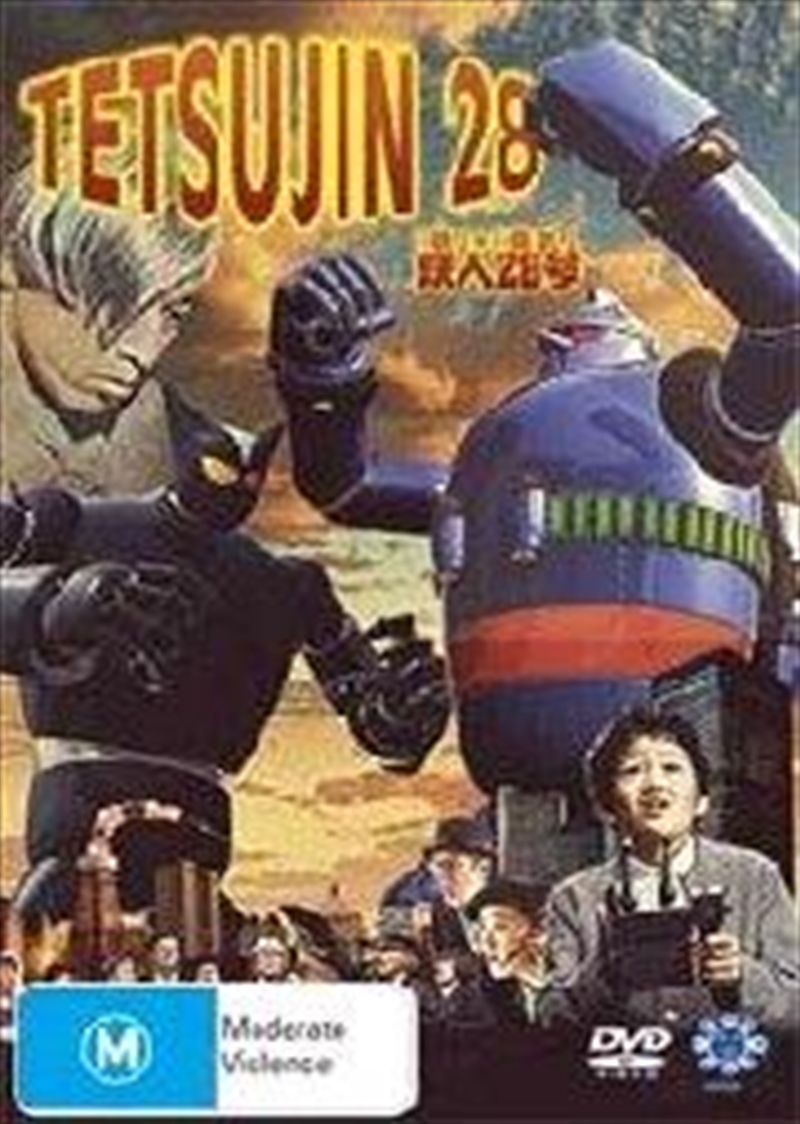 Invented during World War II to defeat the Allied forces, the mighty mechanical warrior, Tetsujin-28, was bombed into oblivion before he could be unleashed, but was found unharmed years later by the son of his inventor, Shotaro Kaneda (Shosuke Ikematsu). In the original animated cartoon, the young boy took up the mighty remote control of Tetsujin-28 and used him to fight for good.
The live-action movie version of Tetsujin-28 kicks off when the mysterious Black Ox, a giant robot with detachable limbs and a bad attitude, begins to terrorize Tokyo. No one can stop him...except maybe Tetsujin-28. But the poor robot has been trapped underground, rusting away into nothingness ever since his inventor, and Shotaro's father, disappeared. Now, Shotaro's grandfather brings the kid to the underground laboratory and forces the remote control into his hand, and tells him he must pilot the robot. Shotaro practically passes out from fear. He's a bit of a mama's boy, he's still suffering from the disappearance of his dad, and he's a target for every bully in town. When he finally gets Tetsujin walking he's so bad at what he's doing that the mighty robot gets pounded into scrap.