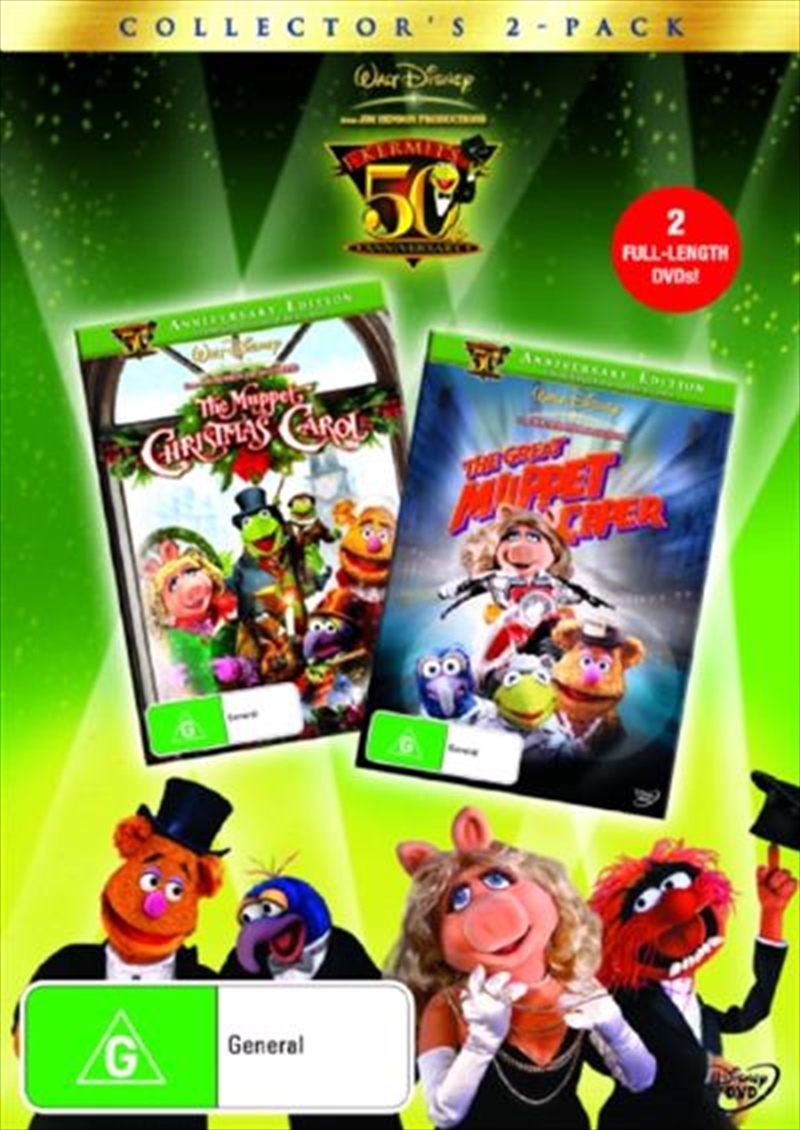 SEE MORE IN:
Christmas Movies
DESCRIPTION
Great Muppet Caper, The (50th Anniversary Edition) (1981) Kermit and Fozzie are newspaper reporters sent to London to interview Lady Holiday, a wealthy fashion designer whose priceless diamond necklace is stolen. Kermit meets and falls in love with her secretary, Miss Piggy. The jewel thieves strike again, and this time frame Miss Piggy. It's up to Kermit and Muppets to bring the real culprits to justice.Muppet Christmas Carol, The (50th Anniversary Edition) (1992) Charles Dickens' classic holiday story sparkles with humour and whimsy in the hands of the always hilarious Muppets! Michael Caine stars as penny pinching Ebenezer Scrooge in a performance that's anything but "bah humbug!" Alone on Christmas Eve, Scrooge is visited by ghosts who transport him to his past, present and future - and it's not a pretty sight! But along the way he comes upon poor, kind, humble Bob Cratchit (Kermit the Frog) and his family, including Tiny Tim, who teaches Scrooge the true meaning of Christmas. Complete with original music and dazzling special effects, this heartfelt holiday movie is exceptional entertainment your family will enjoy for every Christmas to come.
DETAILS