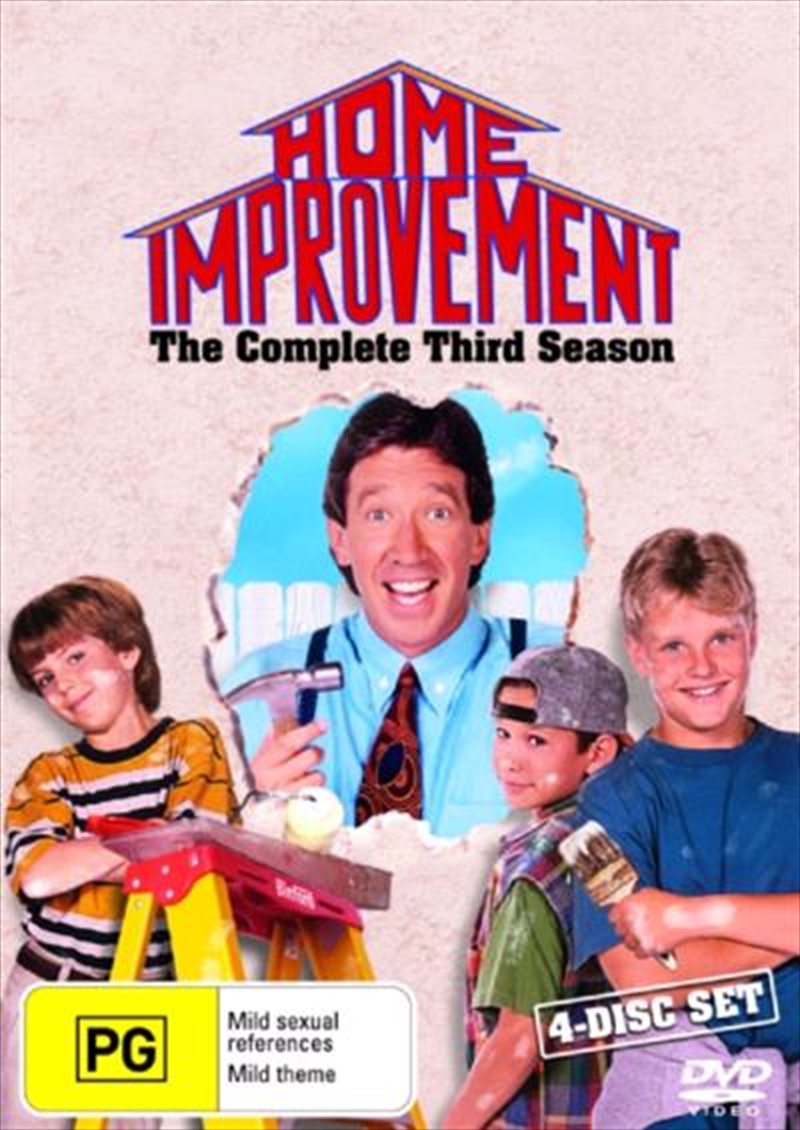 Shipping - See delivery options.
Postcode:
Quantity:
SEE MORE IN:
3 for $40 TV
DESCRIPTION
&lt;H3&gt; Home Improvement Season 3 DVD - On Sale Now With Fast Shipping&lt;H3&gt;
In its hilarious third season, millions of fans made Home Improvement the #1 sitcom in America. Tim Allen and the cast laid the foundation for one of the funniest series in television history, and audiences everywhere loved it! Also a hit with the critics, season three garnered a Golden Globe® nomination for Best TV Series in the Comedy/Musical category, and Tim Allen was nominated for Best Performance by an Actor in a TV Series in the Comedy/Musical category. Now you can enjoy all 25 episodes on this complete 4-disc set. Jill, Wilson and your other favourite characters are back, and joining them are some new faces - including the new Tool Time girl, Heidi. With plenty of laugh-out-loud moments, plus a hysterical special feature, this collection is a must-own for any Home Improvement fan.
DETAILS