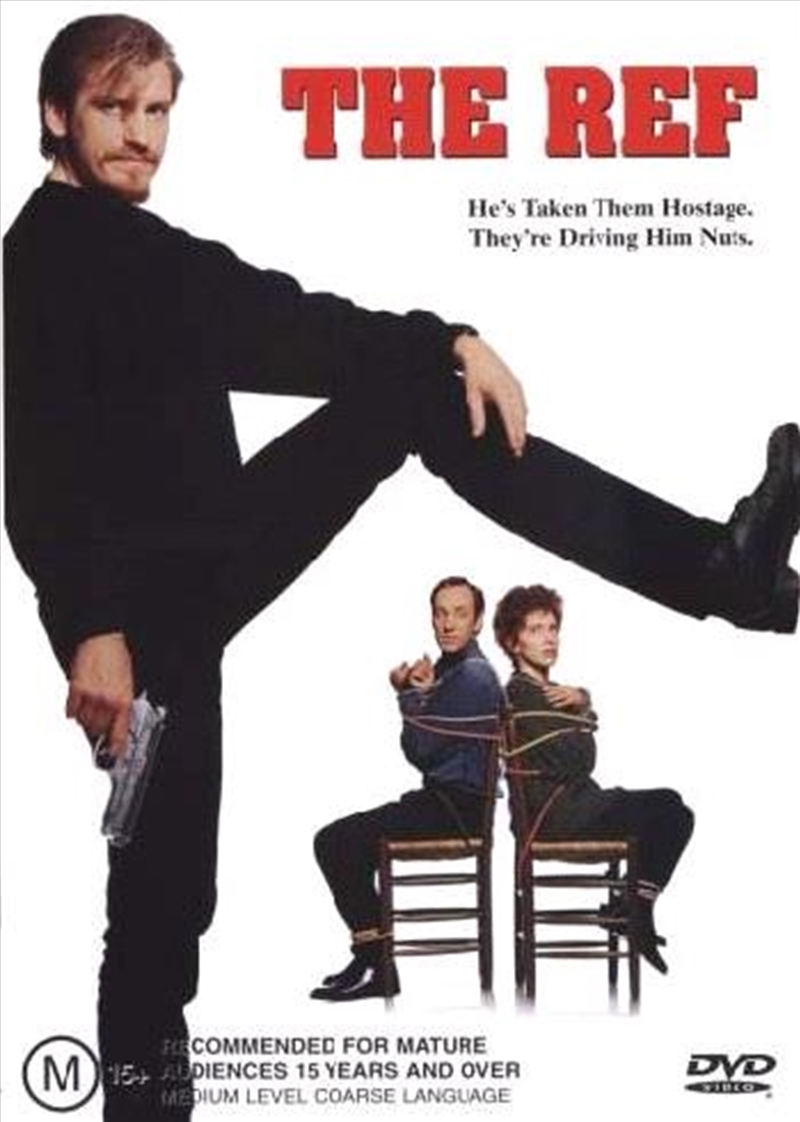 Shipping - See delivery options.
Postcode:
Quantity:
SEE MORE IN:
3 for $30 Movies & More
An idyllic Christmas Eve turns into a night of comic nastiness when Gus (Denis Leary - The Thomas Crown Affair), a cat burglar with a short fuse, takes the obnoxious Chasseur family hostage after a botched burglary. The burglary is a mistake, but the Chasseurs are a disaster! Caroline (Judy Davis - Celebrity), and Lloyd (Kevin Spacey - American Beauty), have a marriage made in hell, an evil spawn in son Jesse and a flock of appalling relatives. You'll laugh! You'll wince! You'll be glad this family isn't yours! THE REF is a furiously funny film you don't want to miss!