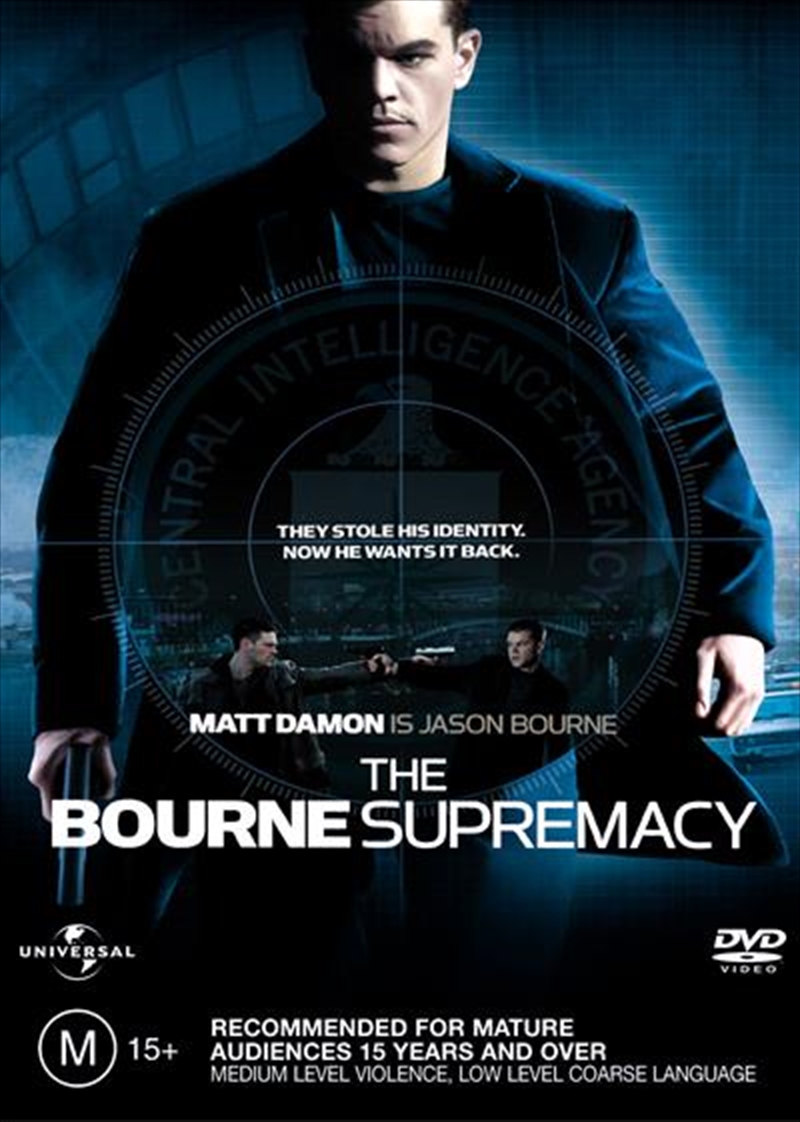 Shipping - See delivery options.
Postcode:
Quantity:
They should have left him alone.

Academy Award winner Matt Damon is on the run again as Jason Bourne, the former CIA traind perfect assassin, in this smart and suspenseful action-thriller. 'Everything about this movie is great...' Suffering from amnesia, Bourne has left his violent past behind and is living a normal life with girlfriend Marie. But his plans for a peaceful life are crushed when he narrowly escapes an assassination attempt. Now hunted by an unknown enemy, Bourne proves to be neither an easy target nor a person whose skill, determination and resilience can be underestimated. Gritty and edgy, with knockout car chases, Bourne Supremacy is one of the most intelligent and breathless action-packed thrillers of the last few years.