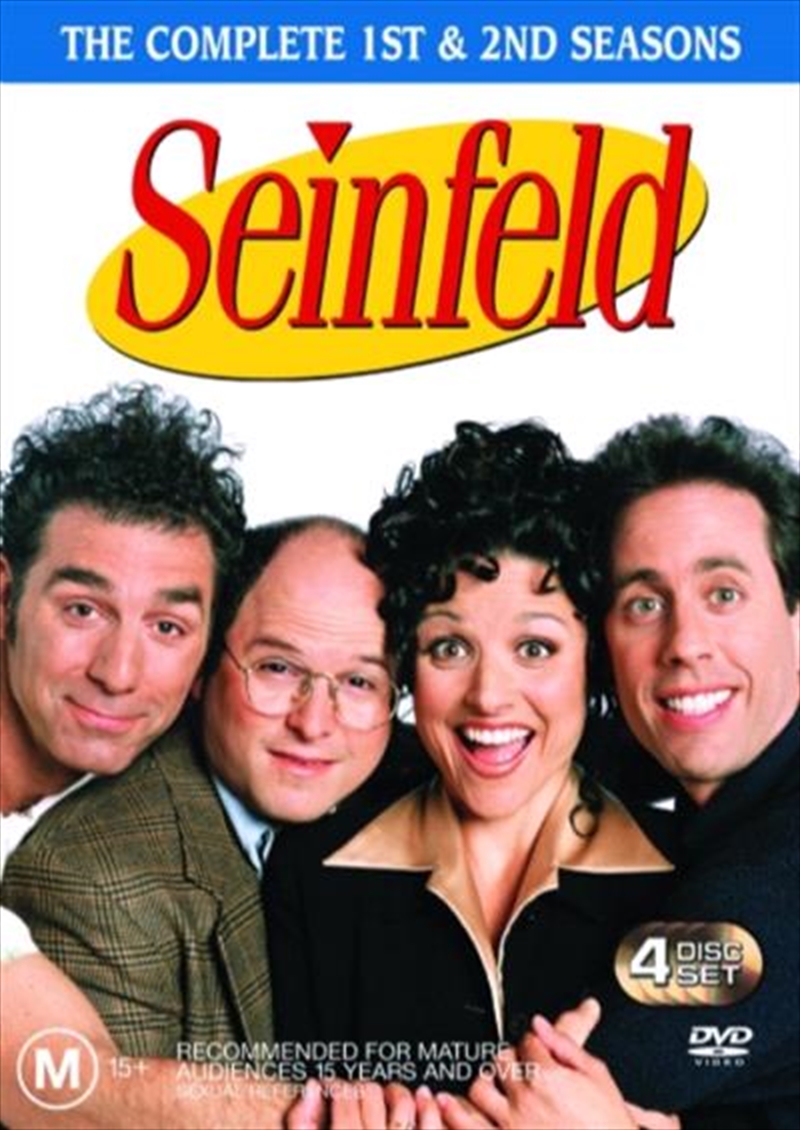 Shipping - See delivery options.
Postcode:
Quantity:
SEE MORE IN:
Seinfeld Movies & TV Clearance TV Clearance Sale Movies & TV Under $10
One of the most watched television shows of the 90's, Seinfeld is a true-to-life comedy series that follows the events of a group of friends. The group consists of Jerry Seinfeld, a stand-up comedian who questions every bizarre tidbit about life, George Costanza, a hard-luck member of the New York Yankees organization, Elaine Benes, a flashy woman who is not afraid to speak her mind, and Cosmo Kramer, an extremely eccentric, lanky goofball. Another very notable member of the show is Newman, a chubby mailman, friend of Kramer, and, almost always, nemesis of Jerry. Other sources of comedy appear in the form of the parents of both Jerry and George.Now for the first time ever, Seinfeld the complete Seasons 1 & 2 features 18 Episodes over 4 discs!