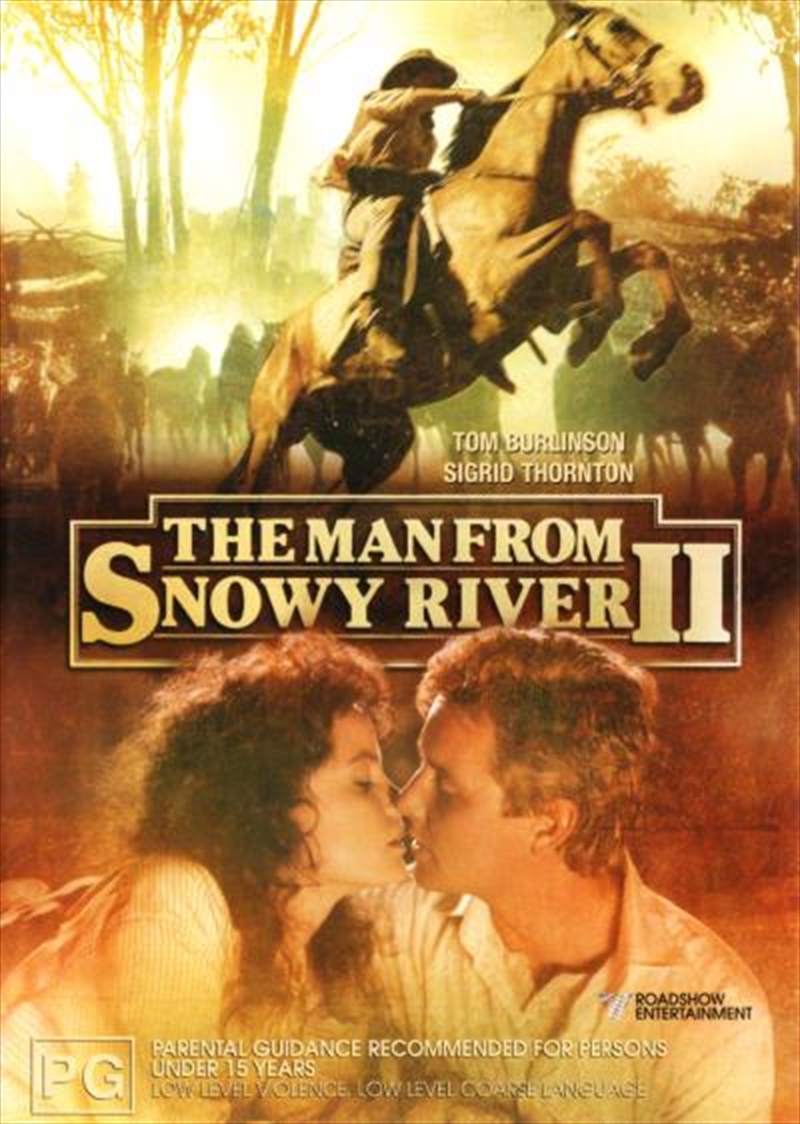 The Man From Snowy River 2 DVD

THE ORIGINAL FILM BASED ON ANDREW 'BANJO' PATTERSON'S EPIC POEM, THE MAN FROM SNOWY RIVER, HAS BECOME A TIMELESS CLASSIC OF AUSTRALIAN CINEMA, LOVED BY AUDIENCES WORLDWIDE.Such was the immense reaction to this definitive masterpiece, that producer Geoff Burrowes revisited the high country to complete the story of the man who became a legend. Tom Burlinson returns as Jim Craig, "the stripling on a small and weedy beast" who has been away droving the isolated plains to gather a huge mob of wild horses for breeding. Now he journeys back to his home in the rugged Snowy Mountains, ready to claim his heritage and take the hand of the only woman he has ever loved - Jessica (Sigrid Thornton). But fate will put many obstacles in his path to fulfilment.Brought to life with a state-of-the-art digital restoration, The Man From Snowy River II can now be experienced like never before for this inaugural release on DVD. And for the first time ever, this breath-taking sequel has the ending always intended by the Director but changed at the last minute on request of the film's US theatrical distributor.EXPERIENCE THE MAN FROM SNOWY RIVER II AS IT WAS MEANT TO BE SEEN...AND RIDE WITH THE LEGEND ONE MORE TIME!

Title: Man From Snowy River 2, The