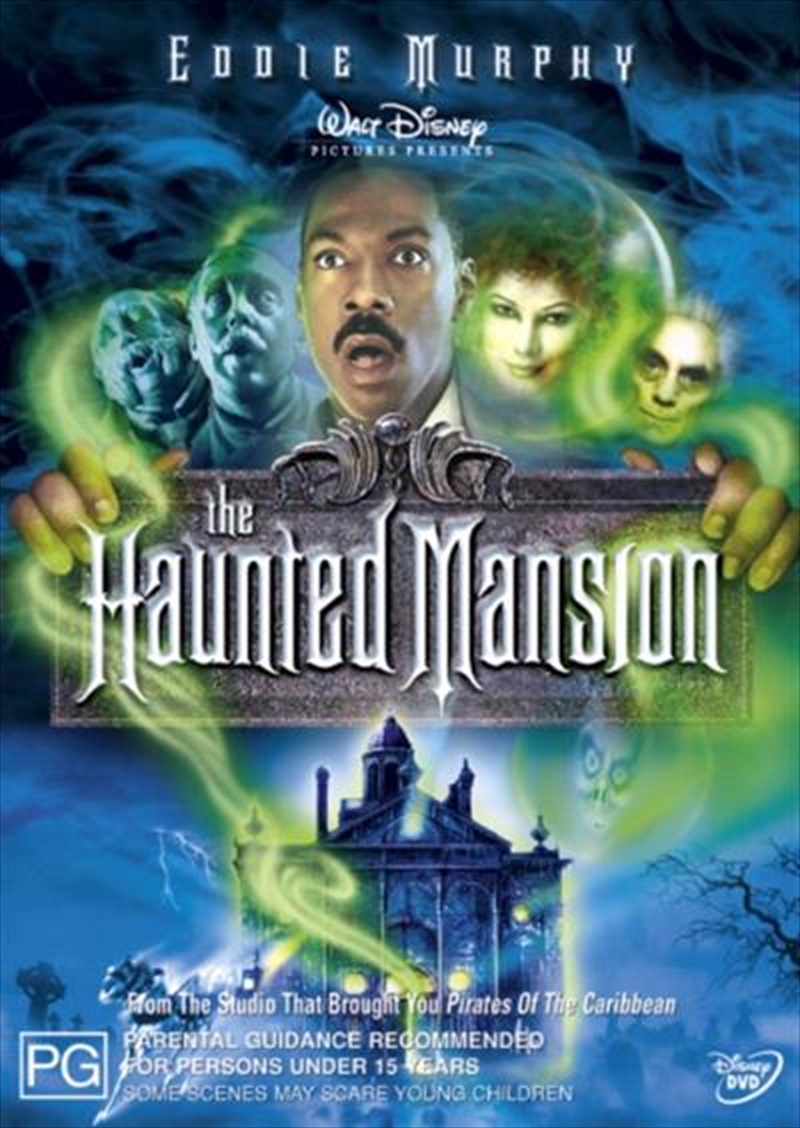 Shipping - See delivery options.
Postcode:
Quantity:
SEE MORE IN:
3 for $30 Movies & More
Check your pulse at the door... if you have one.

Get ready for a thrilling afterlife when Walt Disney Pictures presents a funfilled, fright-packed comedy adventure that's loaded with eye-popping special effects and hair-raising laughs! Real estate agent Jim Evers (Eddie Murphy) and his family come face-to-face with 999 grim, grinning ghosts when they're stranded in the creepy and crumbling old Gracey Manor! Now the entire Evers family with the help of supernatural psychic Madame Leota (Jennifer Tilly) must survive an unruly houseful of spirits and strange goings-on in a hilarious battle to break the mansion's curse before the clock strikes 13! You and your family will be tickled to death by all the eerie fun that materialises in this crowd-pleasing Hollywood spook-tacular!

Anatomy of a Scene: Ghosts in the Graveyard

The History Of The Haunted Mansion Attraction