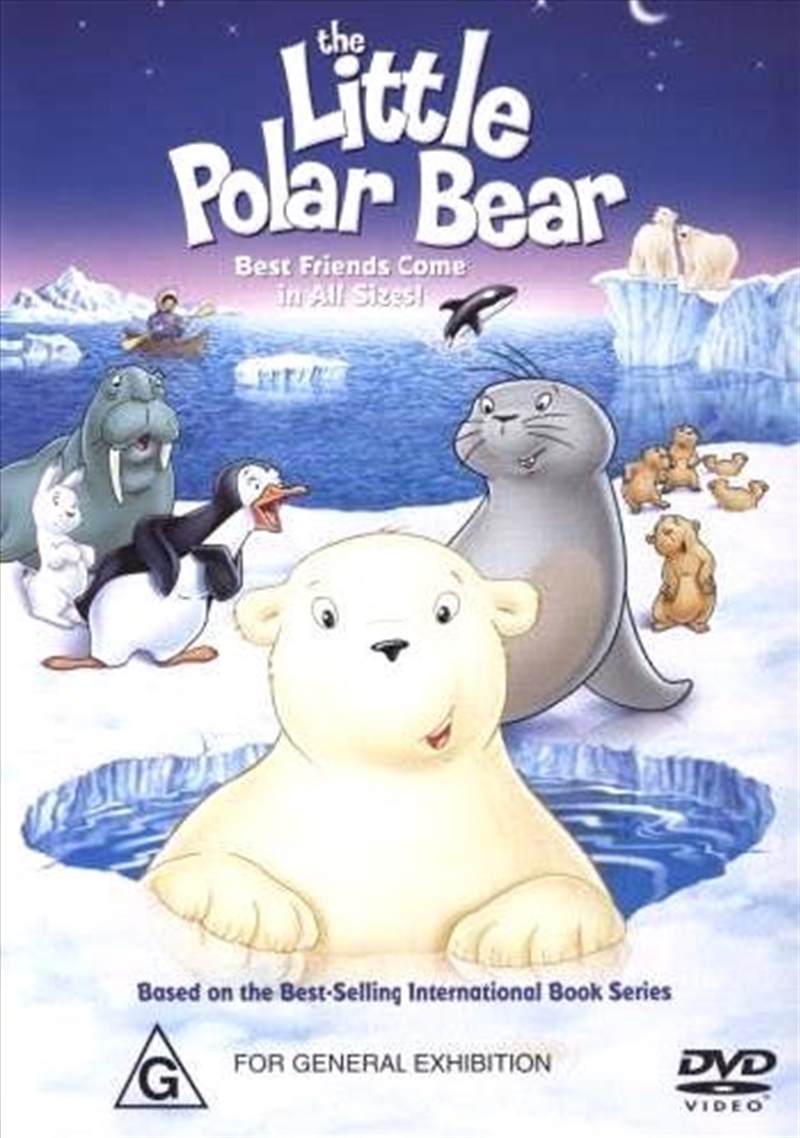 DESCRIPTION
Based on the beloved children's books, The Little Polar Bear is a wondrous, warm-hearted feature-length tale sparkling with snowbound adventure, breathtaking animation and a gentle message about accepting others - even if they're different! Lars is a young polar bear who finds the big, frosty world just a little overwhelming. Then he meets Robbie, who's funny, friendly...and a seal! Everyone, of course, knows that bears and seals can't be pals. Everyone but Lars and Robbie. Before long, their friendship helps all the other polar bears and seals learn to get along. But this new way of life is threatened when a huge, metallic "monster" sails into their world - and begins eating all their fish! To save his family and friends, little Lars will travel to exotic faraway places and make all kinds of new animal friends, in a brilliantly animated, unbearably exciting story certain to captivate imaginations young and old alike!
DETAILS