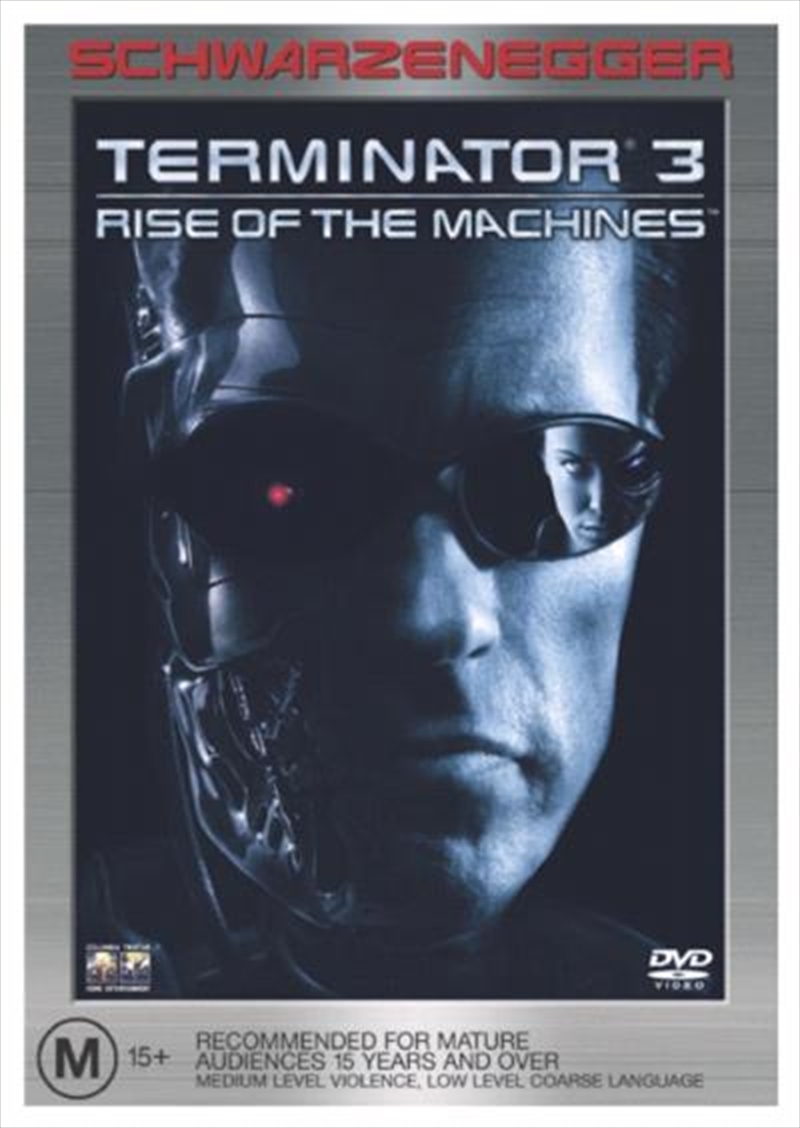 Shipping - See delivery options.
Postcode:
Quantity:
SEE MORE IN:
3 for $30 Movies & More Terminator
DESCRIPTION
The machines will rise...A decade has passed since John Connor helped Judgement Day and save mankind from mass destruction. Now, 25, Connor lives 'off the grid' - no home, no credit cards, no cell phone and no job. Connor has no record of his existence. There is no way he can be traced by Skynet - the highly developed network of machines that once tried to kill him and wage war on humanity. Until, out of the shadows of the future steps the T-X, Skynet's most sophisticated cyborg killing machine yet. Sent back through time to complete the job left unfinished by her predecessor, namely the T-1000, the determined T-X is a machine that is as relentless, as is her human guise beautiful. Now Connor's only hope for survival is to annex with the Terminator, T-101, his mysterious former assassin. Together they must triumph over the technologically superior T-X and forestall the looming threat of Judgement Day - or face the apocalypse and the fall of civilization as we know it.
TRAILER
DETAILS

Title: Terminator 3 - Rise Of The Machines