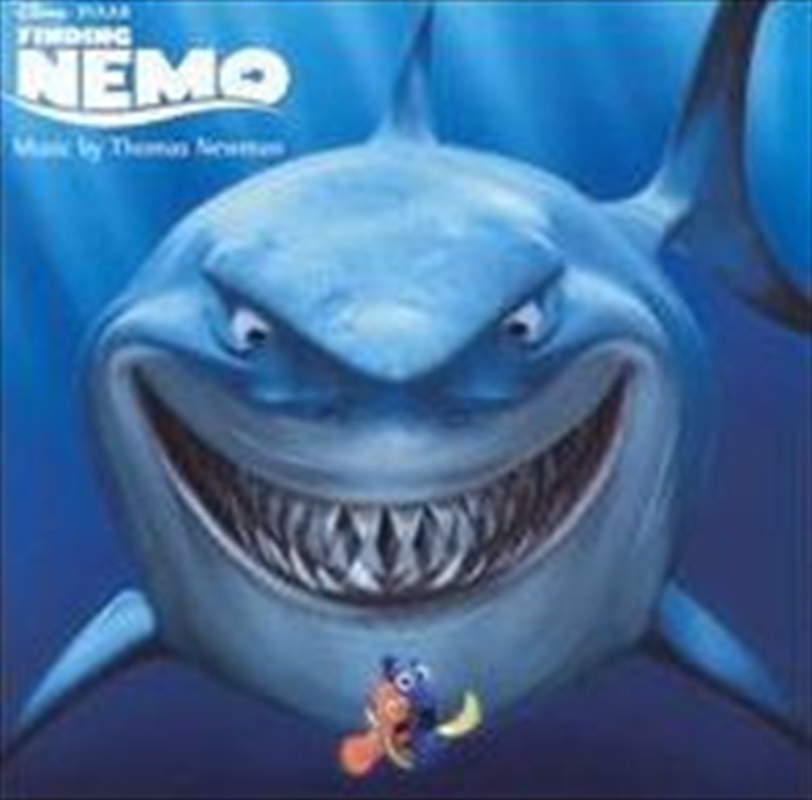 Dive in! The latest Disney-Pixar theatrical release tells the underwater journey of a brave clown fish who leaves his home in Australia's Great Barrier Reef to rescue his captured son from a dentist's fish tank. We expect nothing but the best in computer animation from the creators of Toy Story and Monsters Inc., and the soundtrack for Finding Nemo dazzles once again.

Grammy Award-winning composer Thomas Newman (American Beauty, Road to Perdition) scores big in this comedic, fishy adventure. Director Andrew Stanton says he chose Newman's bittersweet music because "beauty and sadness are never too far away from each other." We agree: This rousing disc acts as a handheld guide through Nemo and Marlin's world, evoking all its drama, magic, adventure, and hope.

The CD is filled with short, evocative pieces, and the wonder begins with the string-filled "Wow," which concludes with a subdued segment featuring piano and plucked strings, recalling Newman's work on Six Feet Under, and that sense of discovery carries through the entire score. Mirroring Nemo's feelings as he suddenly finds himself on his own, the ominous "Lost" is peppered with piano and a rousing string section suggesting the fear of one seriously frightened fish.

This underwater escapade is fraught with danger, as is evident in the fast-paced, dizzying "Friends Not Food." Nemo's journey isn't, however, without bright spots, and the lighthearted "School of Fish," which incorporates splashy water sounds, evokes just that. Newman has a talent for creating the playful sounds of the ocean through the piano, varied percussion, woodwinds, and dappled strings. Brit rocker Robbie Williams wraps up the score as he croons with the best of 'em on the flashy end-credit song, a romantic take on the Bobby Darin hit "Beyond the Sea." Swim on!

24. The Little Clownfish From The Reef

34. All Drains Lead To The Ocean

40. Beyond The Sea @@Robbie Williams