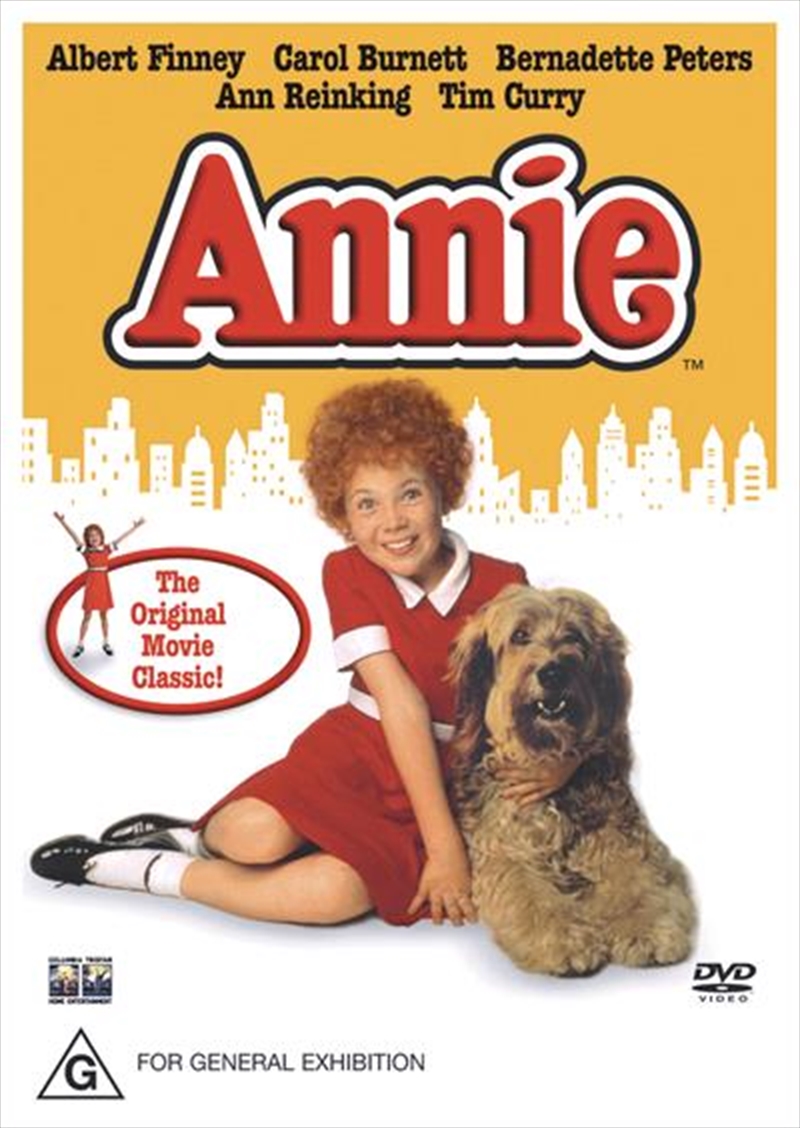 Shipping - See delivery options.
Postcode:
Quantity:
SEE MORE IN:
Annie 3 for $20 Movies & More
DESCRIPTION
With an all-star cast that includes ALBERT FINNEY, CAROL BURNETT, BERNADETTE PETERS and TIM CURRY, the smash-hit Broadway musical becomes motion picture magic from acclaimed producer RAY STARK and celebrated director JOHN HUSTON.The story of a little girl with nothing but the courage to dream and a man with everything except someone to share it with, ANNIE is big, colourful, with high-spirited performances* an enchanting movie event that will leave a song in your heart and a smile on your face.
DETAILS