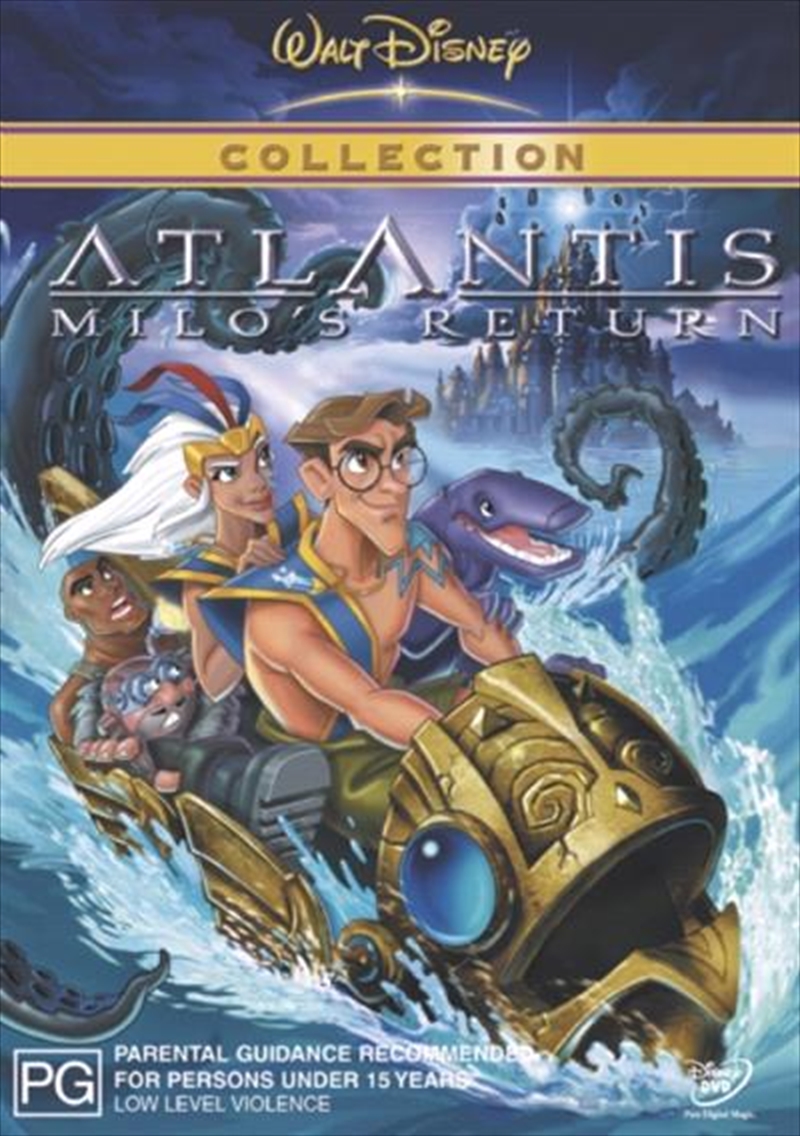 Shipping - See delivery options.
Postcode:
Quantity:
SEE MORE IN:
3 for $30 Movies & More
The fearless explorers from Disney's hit animated movie, Atlantis: The Lost Empire, are back. During his initial expedition, Milo Thatch and company located the famous underwater city and rescued the mysterious kingdom and all its people. Now, Milo, Kida and their team gear up for more action when trouble surfaces above water, but they discover mystifying powers at work. From the dusty deserts of the Southwest to the icy heights of the Nordic mountains, the team's newest quest sets them against gigantic sea monsters, spectacular spirits and powerful legends. In the midst of their excursion, Kida discovers the awesome power of her city's enchanted crystals and, ultimately, must decide whether it is wiser to hide the Heart of Atlantis or share its light with the rest of the world. Hold your breath and get ready to dive into a world of excitement with the all-new adventures of Atlantis.