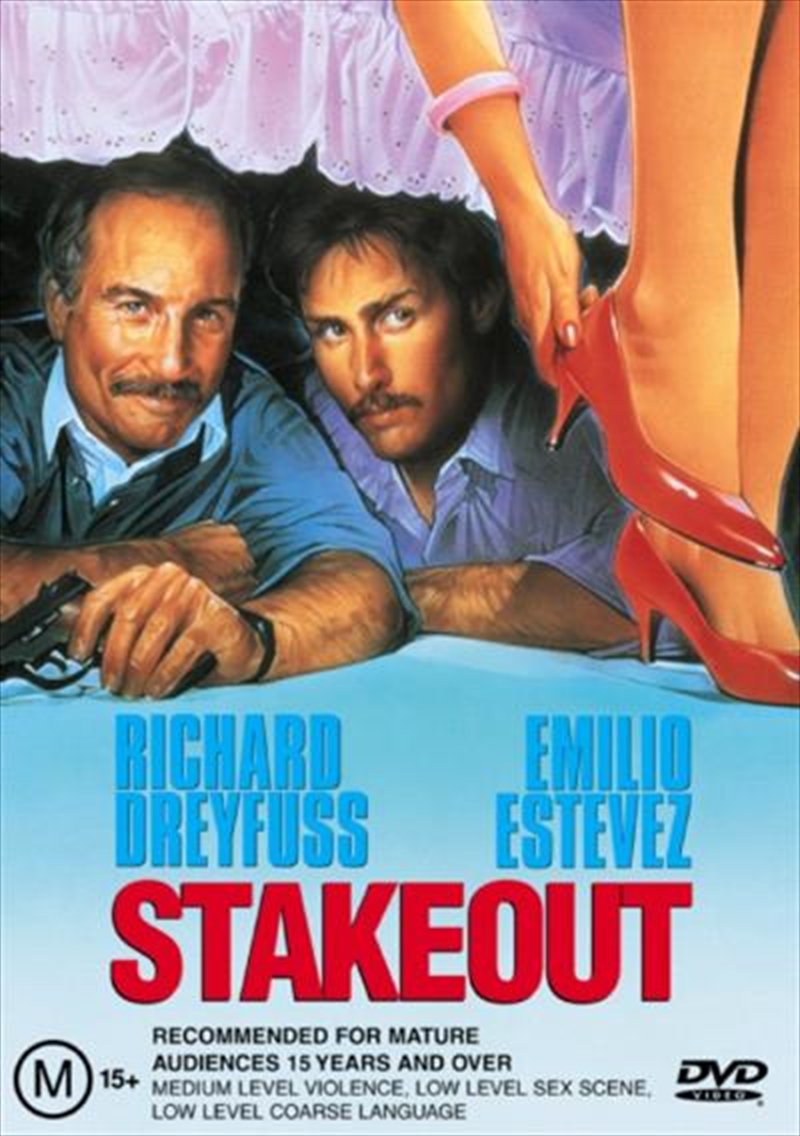 Shipping - See delivery options.
Postcode:
Quantity:
SEE MORE IN:
3 for $30 Movies & More
It's a tough job but somebody's got to do it!

This smash hit packs an unbeatable combination of action, suspense, comedy and romance! Academy Award-winner Richard Dreyfuss and Emilio Esteves, one of Hollywood's hottest stars, team up for an explosive, fast-paced thriller! Convinced that a vicious escaped convict (Aidan Quinn) is determined to see his ex-girlfriend (Madeleine Stowe), a pair of tough undercover cops (Dreyfuss, Esteves) stake out her apartment. When one of the detectives is drawn into a high-risk romance with the woman under surveillance, the routine assignment heats up, jeopardising not only the partners' careers...but also their lives! Stakeout director John Badham (Short Circuit, WarGames, Saturday Night Fever) earned enormous critical praise for this box office blockbuster!