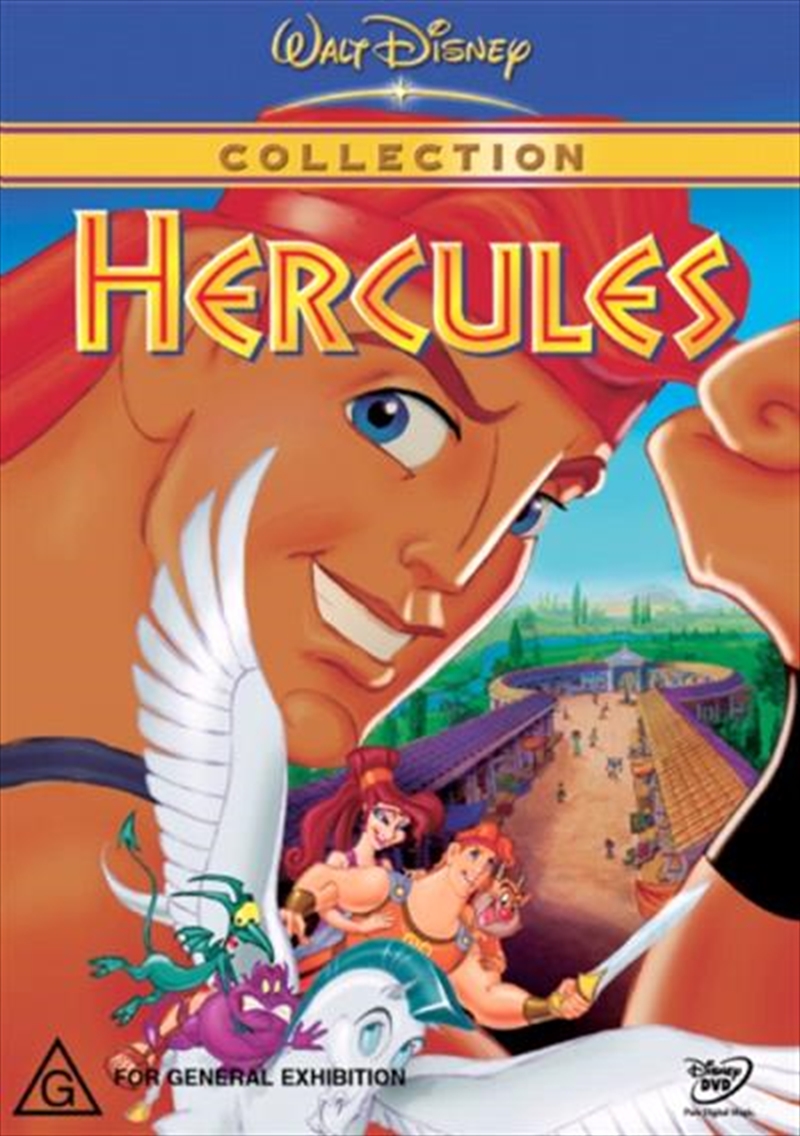 Shipping - See delivery options.
Postcode:
Quantity:
Taken from the gods as a newborn, adopted on earth, Hercules becomes an awkward teenage pillar of strength. Trying to fit in, he discovers Zeus is his dad and home is on Mount Olympus if he can move from zero to true hero! Hercules teams with Pegasus, the flying stallion, and Phil a feisty personal trainer for the mission. But its no walk on Acropolis. He must match wits with Grecian beauty Meg and a comical hothead named Hades, whos having a devil of a time with his hostile takeover of the Universe. Hes armed with morphing morons Pain and Panic for help, and only Hercules stands in his way!