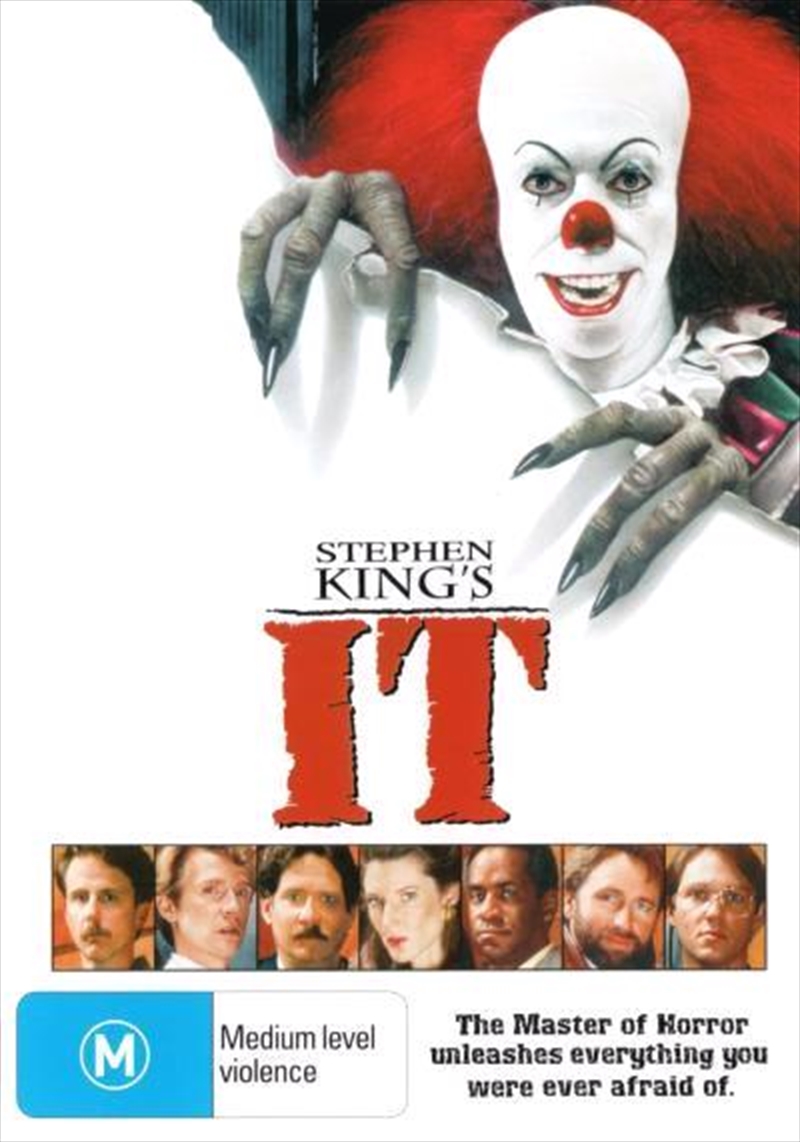 IT can be anything. A fanged monster that wont stay on the movie screen. Something ominous lurking in the basement. No matter what your biggest fear is, no one knows IT better than Stephen King. Based on Kings 1986 bestseller, IT is a jittery, jolting excursion into personal fear starring Harry Anderson, Annette OToole, John Ritter and Richard Thomas. A malevolent force in a small New England town takes the shape of a clown (Tim Curry), but hes not clowning around. Instead, he terrifies youngsters and brings some to their untimely doom until some wily kids fight back. The evil resurfaces 30 years later: meaner, angrier, deadlier. And friends who vividly remember youthful terrors reunite to battle IT.