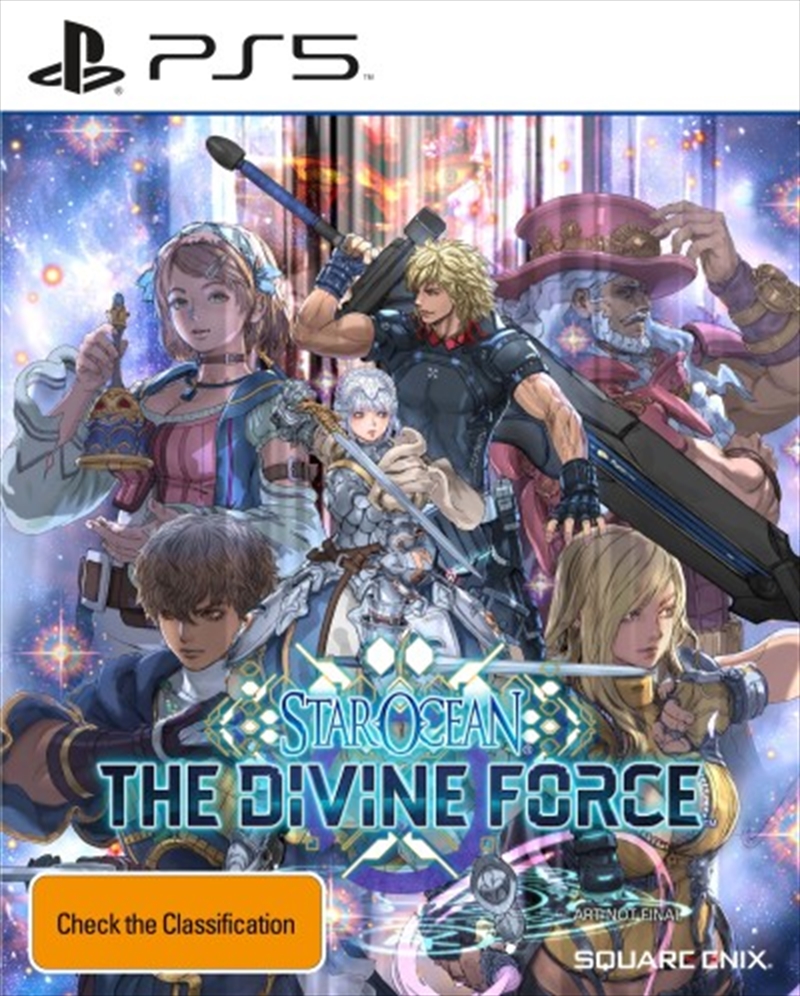 When two heroes cross paths, the fate of the universe awakens.

Star Ocean The Divine Force features an original story with two individual narratives and many playable characters, a unique combat system, and the freedom to soar in the skies and explore planets.

Featuring a blend of sci-fi and fantasy, this fresh Action RPG has challenging yet thrilling battle experiences, with high-speed movement in 360-degree!

Meet Raymond as he crashes onto an unfamiliar planet from his spaceship and is immediately attacked by some unfriendly local wildlife. Coming to his rescue is Laeticia, the crown princess of the Kingdom of Aucerius.

Together, those two protagonists will challenge the fate of the Kingdom and their choices will have repercussions all over the galaxies...

At the end of infinite space...
When our two heroes cross paths the fate of the universe awakens

Fly Around Areas Freely:
In STAR OCEAN THE DIVINE FORCE, characters can freely move in 360 degrees and roam the skies.

Move and explore freely in three dimensions: everything you see can be explored!
You can move in three dimensions whilst flying around the largest environment ever. Whether you're flying around and exploring rockfaces and roofs of buildings in the city, or leaping off cliffs to seamlessly enter battles, you'll have more freedom in terms of both adventuring and battling.

The Fastest and Strongest Action of any in the Series:
While the game will give you space to play as you please, the scope of its battles has also evolved.
Characters can subdue a large number of enemies with super high-speed movement attacks, special abilities where you can vanish for a brief moment from right in front of your enemies' eyes, and a skill which could kill in one hit!

This game will feature a challenging yet thrilling battle experience to enjoy while freely soaring in the skies.