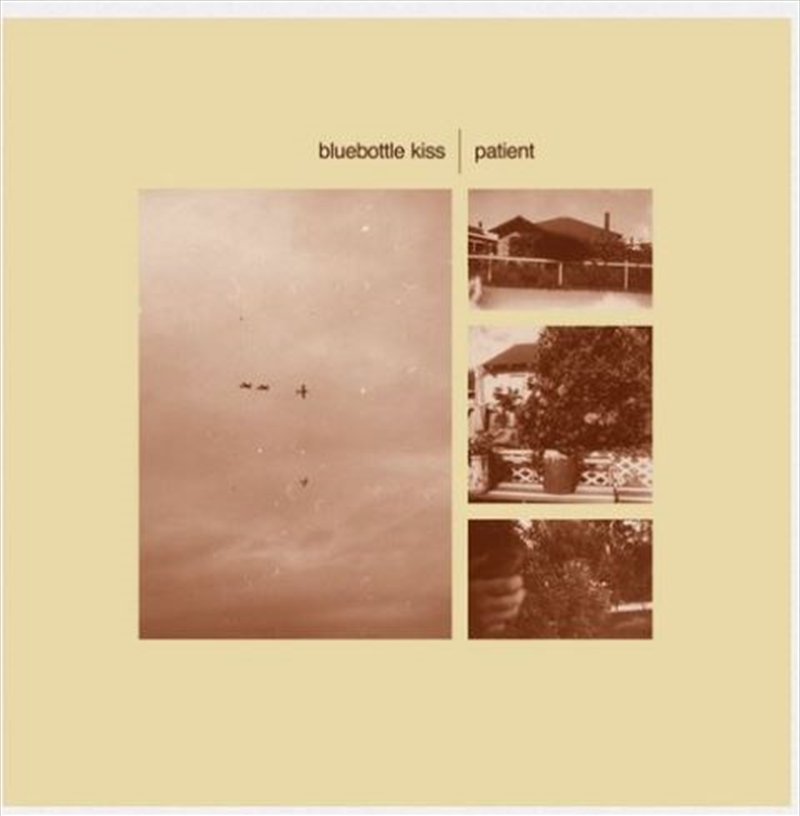 In the winter of 1998, Sydney trio Bluebottle Kiss entered Charing Cross Studios to record their third album. Previously they’d worked with producers Wayne Connolly (Knievel) and Jack Endino (Nirvana, Mudhoney) but now they would produce themselves, confident and in control of their musical vision for the ten songs that would comprise the grand statement that is Patient.

First released in 1999 on Citadel Records, the firm fan favourite has been completely remastered for its first ever vinyl release on Jamie Hutchings’ Come To The Dark Side Luke Music label. As the 20th century drew to a close, indie and alternative rock were taking stock after the grunge wave bottomed-out and major labels abandoned their frenzied short term investments. BBK had done the hard yards with heavy national touring to promote their albums Higher Up The Firetrails (1995) and Fear Of Girls (1996) and Patient would vividly capture that shared experience of controlled volatility that comes from three musicians sharing stages and touring vans, while chasing their dreams with uncompromising creativity and drive. Listening to Patient in 2022, one is struck by the churning melodicism of opening track and first single ‘Return To The City Of Folded Arms’, the lilting sway and heady swoon of single ‘Girl Genius’, the whisper to a pummel widescreen dynamics of 'Homeless Blueless’, the breakneck rattle, strum and chime of ‘Give Up The Ghost’ and the weighty howl and dissonant churn of ‘Six Wheels'.

There are samples and abstract field recordings that add mystery and allure to the hypnotic and serene sections and the surrounding explosive atonal rock sounds. The common thread amid the chaos and calm is Hutchings’ voice, the songs delivered with impassioned heart-on-sleeve emotion. “Pure fucking passion, soul and fire”, exclaims Tim Steward of Screamfeeder. “Firing up Patient again gave me goosebumps - the moment the band kicked in I was back in 1999, touring together with BBK, watching them strangle guitars and spray sweat around the stage night after night. Half the crowd would be totally transfixed, the other half would stand slack-jawed in disbelief; all of them stunned that three guys could muster such beautiful chaos!”