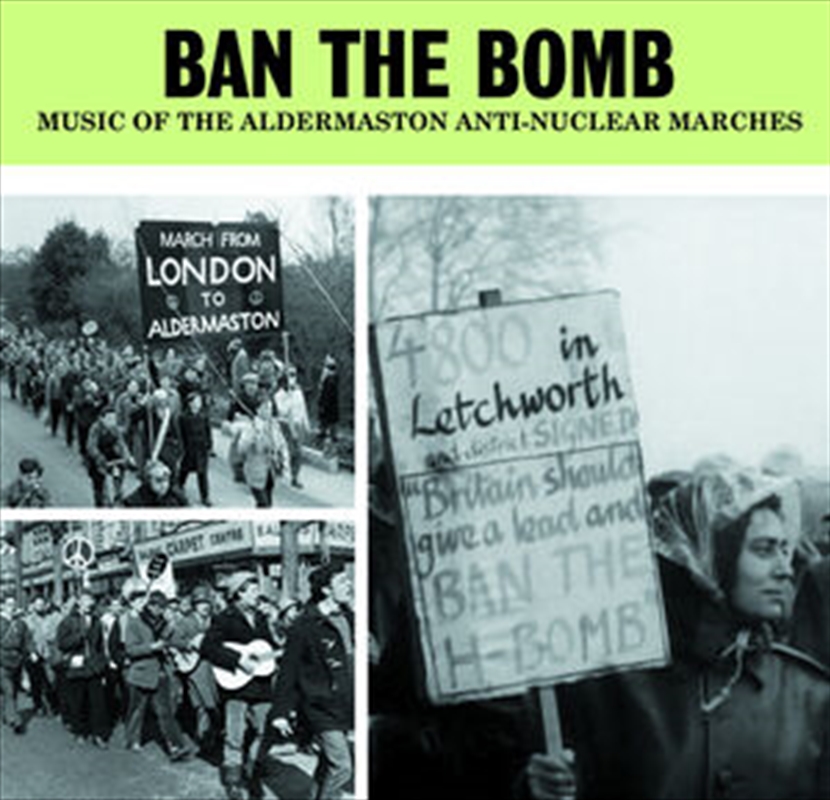 Britain in the late 1950s, a country boosted by a global economic boom, finally emerging from post-war austerity. Throughout the decade, however, Cold War tensions between the USA and the Soviet Union had escalated and Britain had entered the fray to become only the third nation to develop nuclear weapons. This led to the formation of the Campaign for Nuclear Disarmament (CND), a group headed by Anglican priest John Collins and the philosopher Bertrand Russell. Attracting support from across a broad spectrum of the public, a march was organised from London to the atomic weapons plant near the village of Aldermaston in Berkshire, a peaceful protest involving people of all ages; united in their horror at finding themselves living in the shadow of the bomb and in their fear for the future of mankind. So, from Trafalgar Square on Good Friday 1958, in dismal weather, they marched to a soundtrack of folk songs and jazz; the protest songs of Ewan MacColl and Peggy Seeger, Fred and Betty Dallas and John Brunner, complemented by the revivalist New Orleans style of Ken Colyer's Omega Brass Band and standards popularised by such British jazz giants of the era as Chris Barber, Ottilie Patterson, Humphrey Lyttelton, Kenny Ball and Acker Bilk. Jeff Nuttall, in Bomb Culture: "The Aldermaston March numbers were vast, by far the largest ever for political / humanitarian aims. Teenagers among them created a carnival of optimism. It was this wild public festival spirit that spread the CND symbol through the jazz clubs and secondary schools in an incredibly short time. Protest was associated with festivity. There was a new feeling of license granted by the obvious humanitarian attitude of the ravers themselves. "