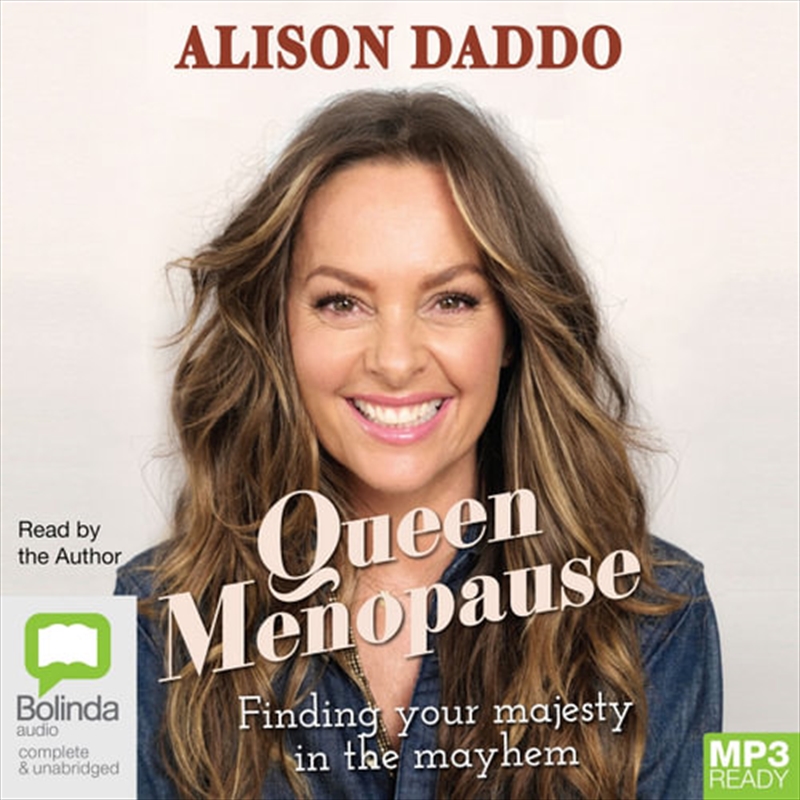 A friendly, frank, compassionate and comprehensive companion for any woman experiencing menopause, or anyone wondering what to expect.

Every woman will eventually go through menopause – that’s half the population of the planet! And yet it’s something that is still not fully explored. It’s held in shame by some women and ignored by others. It can be devastating to some and a call to freedom for others. After going through her own ‘change’, Ali Daddo wanted to explore all the feelings around menopause and especially the post-menopausal years that so many women talk about as being ‘the best years of their life’.

Through sharing her own experience in a very real way, Ali hopes that women won’t feel so alone in what can be a very lonely time. Alongside stories from some very well-known Australian women, including Georgie Parker, Anita Heiss and Rhonda Burchmore, Queen Menopause is the book Ali wishes she’d had when she was approaching menopause – so she could have been better prepared for what was coming, embraced the process and felt supported. This is for all women.

Alison Daddo began working as a model at 16 years old, quickly becoming a hit in both the magazine and commercial worlds and finding herself in demand in Australia, London and Tokyo. In the 90’s Alison became the host of Here's Humphrey, going on to host her own afternoon show for the NINE Network, Guess What? Then in 2013 Alison gained a degree from UCLA in Early Childhood, and embarked on a successful career in childcare. More recently, she began recording the successful podcast, Separate Bathrooms, with her husband.