Truth About Faking It- MP3 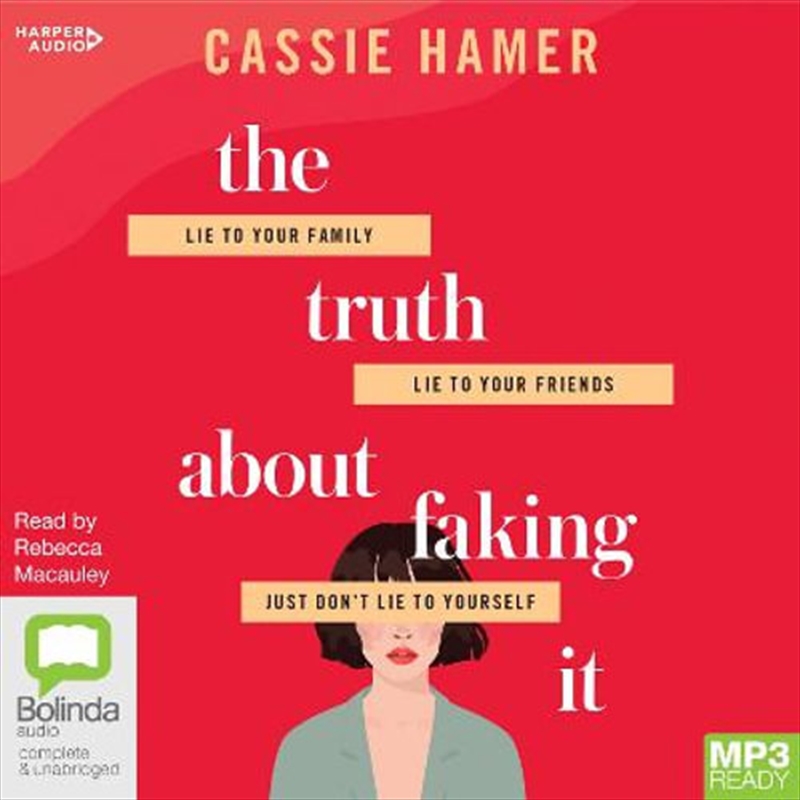 Lie to your friends. Lie to your family. Just don't lie to yourself ... Funny, smart, heartfelt fiction, perfect for fans of Holly Wainwright, from a distinctive new voice.

The Trainor women have always been excellent at hiding their true feelings ... until now. Ellen's estranged husband, David, has managed to interrupt her fabulous life of bridge and zumba by getting himself killed in a Thai boating accident. She's hardly surprised, it's simply the final in a long line of mistakes. Ah, well. At least she's now free to marry her rich but dull boyfriend, Kenneth.

Regrettably, her daughter, self-possessed TV news broadcaster Natasha and granddaughter, reality TV producer Georgie, seem to take the whole 'dead' thing very personally and they decide to dig deeper, though neither really has time. Natasha is on the nose at her network and Georgie is furiously focused on denying her true feelings for a contestant on her show, The Single Guy.

Neither Ellen, Natasha, nor Georgie are agreed on quite how they should feel about David's death but they're certain about one thing – it isn't quite what it seems. One way or another, all three women are faking it and as matters come to a head, the truth wills out in the most unexpected of ways ...

Cassie Hamer has a professional background in journalism and PR, but now much prefers the world of fiction over fact. In 2015, she completed a Masters in Creative Writing, and has since achieved success in numerous short story competitions. After the Party is her first novel.

Cassie lives in Sydney with her terrific husband and three, mostly-terrific daughters, who still believe piñatas are a fun and effective method of lolly-distribution. She is working on her second novel, but always has time to connect with other passionate readers via her website – CassieHamer.com – or through social media.

Title: Truth About Faking It- MP3