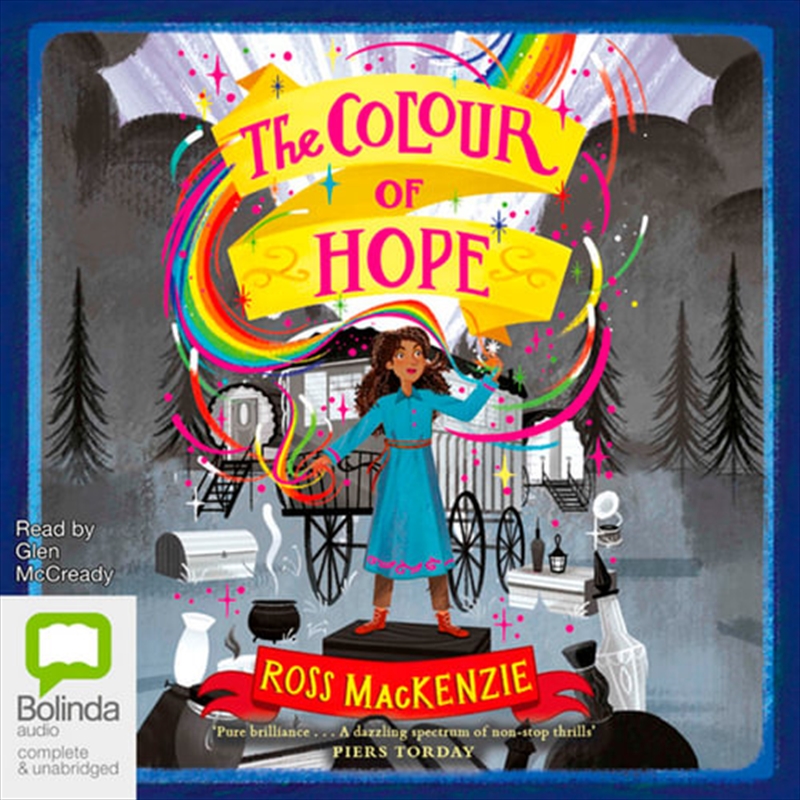 Years ago, the Emperor used dark magic to steal all the colour from the world.

Now he keeps it for himself, enjoying its life-giving power while everyone else must exist in cold shades of grey. That is, until a miracle baby is born – everything she touches turns to colour. But the child’s life is in danger from her very first breath.

Soon the Emperor’s murderous Ripper Dogs and Black Coats come hunting. Can the girl and her adopted father survive in the forest – and what will it take to return colour and hope to the world?

Ross MacKenzie is the author of fantasy adventure Zac and the Dream Pirates. He grew up in Renfrew, and knew from a young age that he wanted to become a writer. In fact, he wrote his first book – an illustrated short story about a hungry crocodile called Crunchy Colin – in a smuggled school jotter when he was seven. Ross is a graphic designer by day. He still lives in Renfrew with his wife and baby daughter, but spends much of his spare time in another world.