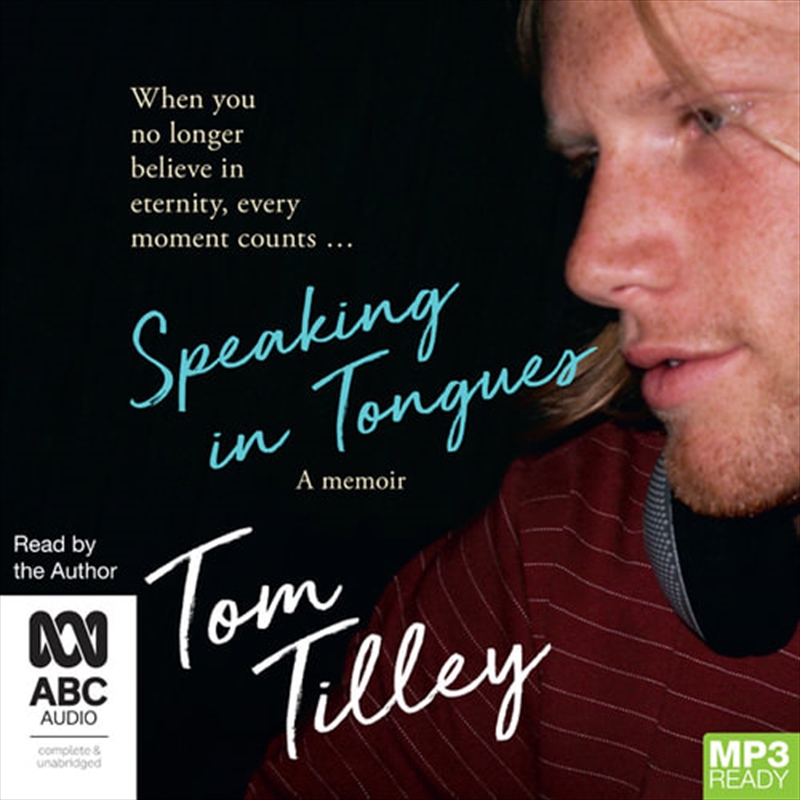 Told with empathy and searing honesty, Speaking in Tongues is a powerful coming-of-age story about questioning the life created for you and building your true self, one recycled brick at a time.

From the outside, Tom Tilley's childhood seemed ordinary. The first son of a pastor, he grew up in a beautiful country town where life revolved around football, his loving family and their Pentecostal faith. But behind church doors, a strictly enforced set of rules included a looming ultimatum: if Tom didn't speak in tongues, he'd go to hell and be outcast from his close-knit, devout community.

The older Tom became, the more he questioned the teachings of the church, especially around speaking in tongues. And the more he heard about his parents' adventurous lives before they found God, the more he wanted the freedom to make those 'mistakes' that the church forbade. Eventually, after years of suppressing his doubts in silence, Tom spoke up. Having the courage to do so came at a huge personal cost, leading to a decision that would take his family to breaking point. What happened next is surprising, and Tom's journey to independence will inspire readers to ask what's true in their own lives and who they really are.

One of the best-known Australian journalists of his generation, Tom Tilley has interviewed everyone from prime ministers to Pussy Riot. Tom made his name as the long-time host of Hack, triple j's daily current affairs radio program. He has also hosted Hack Live on ABC TV, reported for ABC TV's 7.30 and Foreign Correspondent programs and guest hosted ABC RN Breakfast and The Project on Network Ten. He is currently hosting The Briefing, a daily news podcast with Southern Cross Austereo and is a regular guest on various television programs.