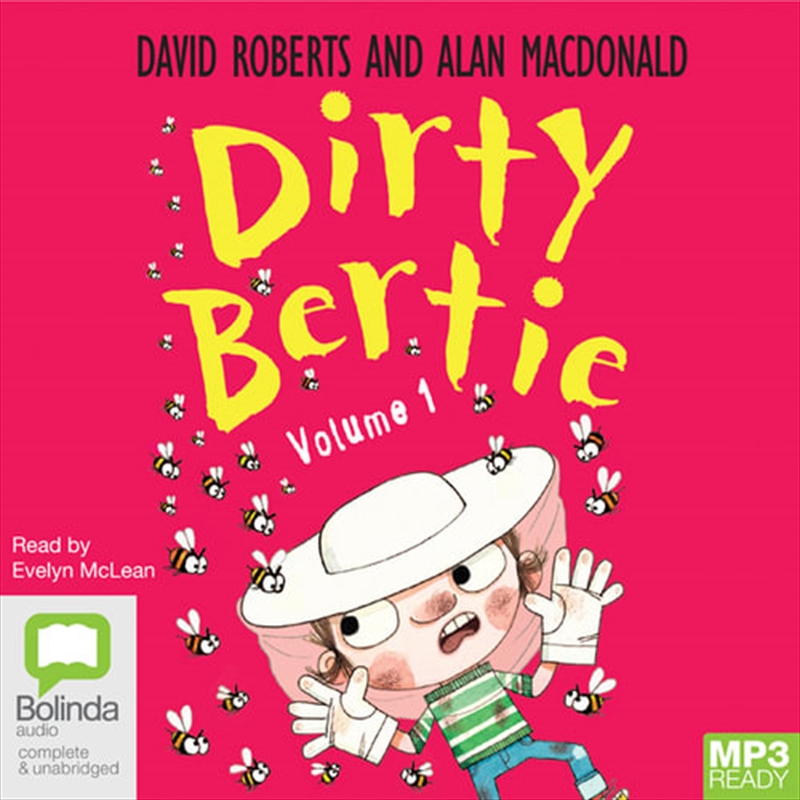 Dirty Bertie – the boy with nose-pickingly disgusting habits – is back for another helping of comic chaos, ever-increasing madcap schemes and crazy capers. A collection of stories to delight everyone who revels in his revolting ways.

Disco!
Join Bertie as he gets tricked into accompanying Angela Nicely to the school disco, becomes Royston Rich’s slave for the day and cooks up a great escape for Gran and her friends on an ultra-dull trip to the seaside!

Mascot!
Join Bertie as he is picked to be the mascot for Pudsley Rovers, attempts to get himself expelled from a geeky summer camp and designs his very own robot, a Bootosaurus, to replace Miss Boot!

Spider!
Join Bertie as he shocks and amazes his classmates with his huge pet spider, is tricked into wearing one of Gran’s knitted horrors to school and finds nothing but trouble when he digs for treasure in the park.

Bees!
Join Bertie as he has a brush with some angry bees, deals with his warring grannies on a trip to the park and tries to smuggle Whiffer into a very smart hotel.

Alan MacDonald started his working life in a travelling theatre company. In addition to writing and directing plays, Alan trained as a drama teacher. He has written stories and dramas for the BBC (both television and radio), as well as many children's books. Alan lives in Nottingham.