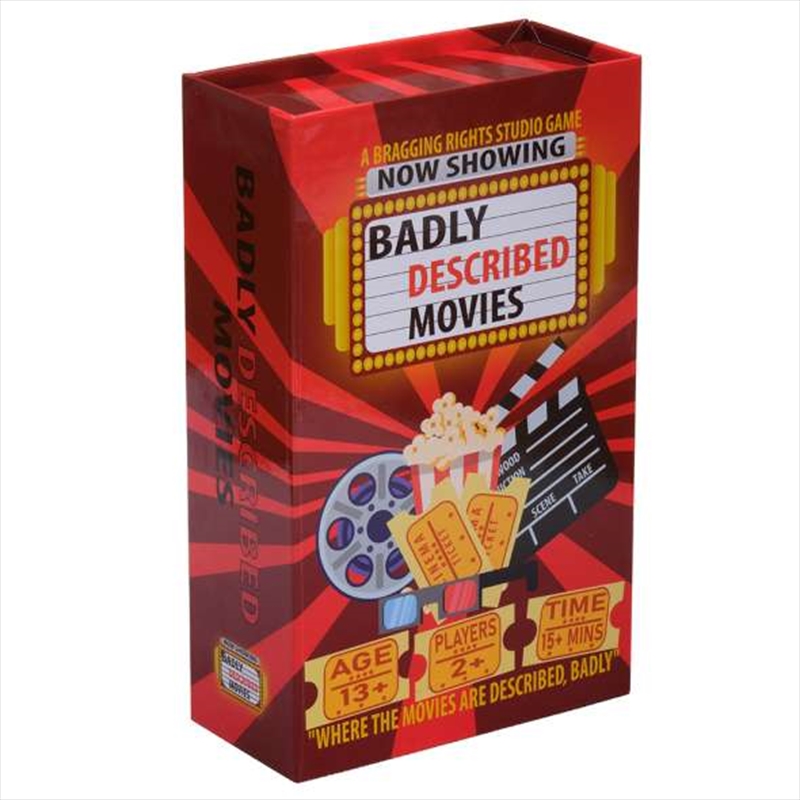 The family party game where you try and decipher the name of a movie based on a vague, misleading description of it. Win the most points by getting it right without a clue, but don’t worry as you can still earn a point by correctly guessing the movie title even after hearing all the clues. Battle it out in teams or individually and score the most points to win. Outrageously funny! Stupendously silly! It’s badly described movies. Where the movies are described, badly.