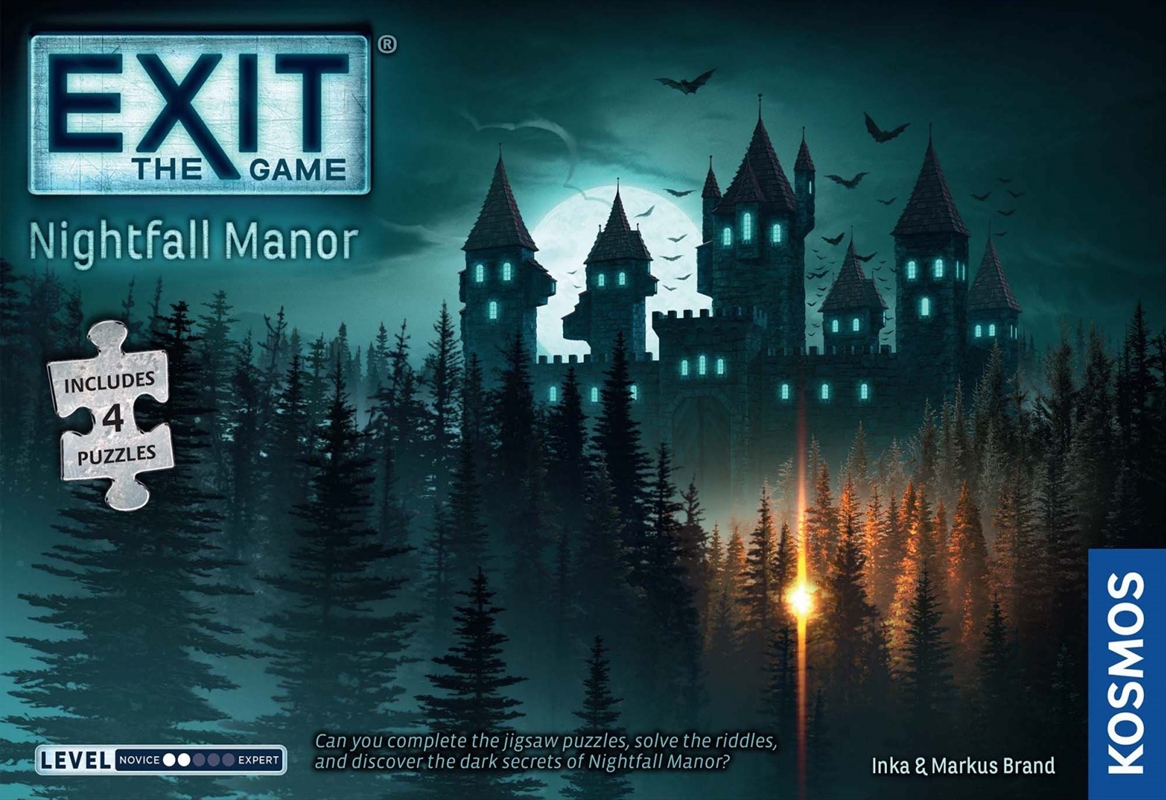 The old man was well-known for his eerie tales of the dark castle on the edge of the forest. Recently, he set out on his own to find the shadowy lord of the manor, but he hasn't returned. Fearing the worst, you embark on a quest to find him. You must solve a series of riddles and piece together four jigsaw puzzles to uncover the mystery of Nightfall Manor and save your missing friend.

In Exit: The Game + Puzzle – Nightfall Manor, there are riddles within riddles, hidden within four 88-piece jigsaw puzzles. Like other Exit titles, Nightfall Manor has no game board, but it also has no riddle cards. Instead, there are four jigsaw puzzles that you will find and assemble, one at a time. Each completed puzzle reveals a location containing more riddles to decipher.

Type: Board Game: Exit The Game