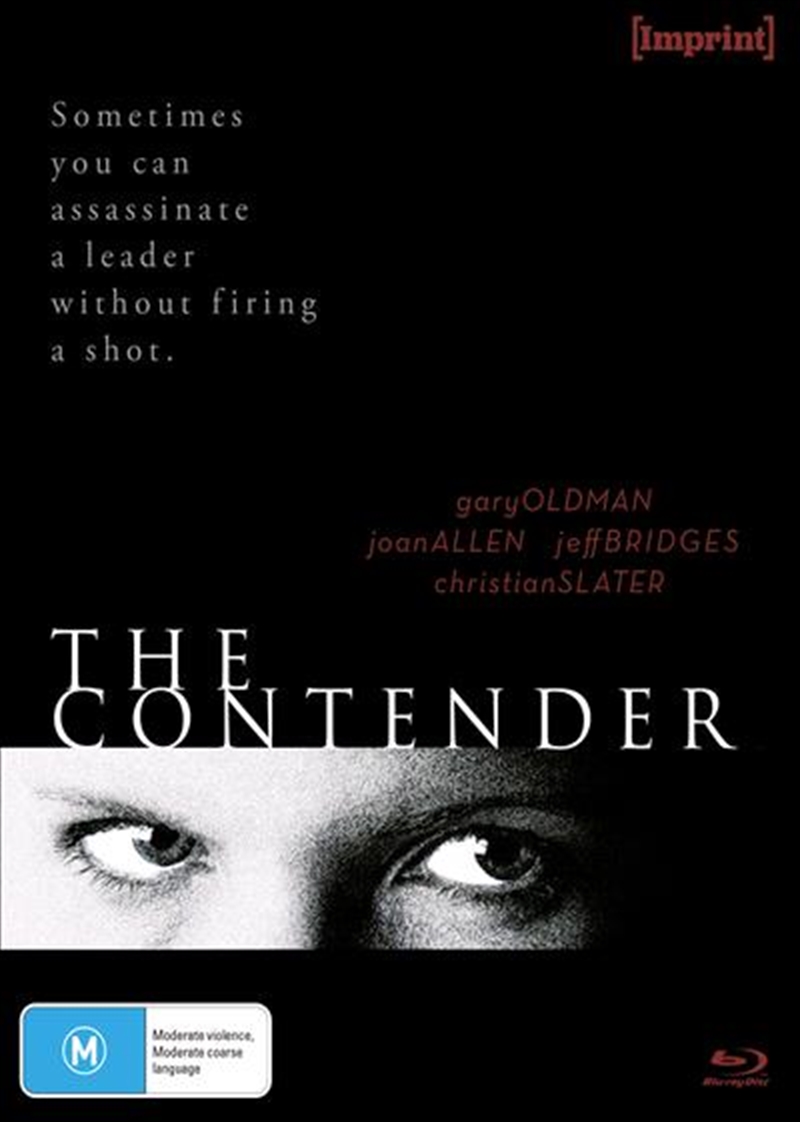 When the truth becomes a weapon, power comes at a stunning price. Gary Oldman, Joan Allen, Jeff Bridges and Christian Slater deliver electrifying performances in this controversial, suspenseful and critically-acclaimed thriller that Ebert & Roeper at the Movies call "exciting and unusually intelligent, two very enthusiastic thumbs up!". In the tradition of such films as 'All The President's Men' and 'The Candidate', The Contender is a political thriller that takes us behind the scenes of political power plays. When the sitting Vice President dies, Senator Laine Hanson (Joan Allen) is chosen by President Jackson Evans (Jeff Bridges) to be the first woman to hold office. The selection meets with opposition from members of both parties, in particular a powerful adversary Congressman Shelly Runyon (Gary Oldman) who will seemingly stop at nothing to discredit her. Her confirmation hearings set off a firestorm of controversy as shocking secrets from Hanson's past are revealed, threatening her personal life as well as her political future. Laine Hanson has what it takes to be a heartbeat away from the presidency. Now she must prove she has the stomach for what it takes to get the job.