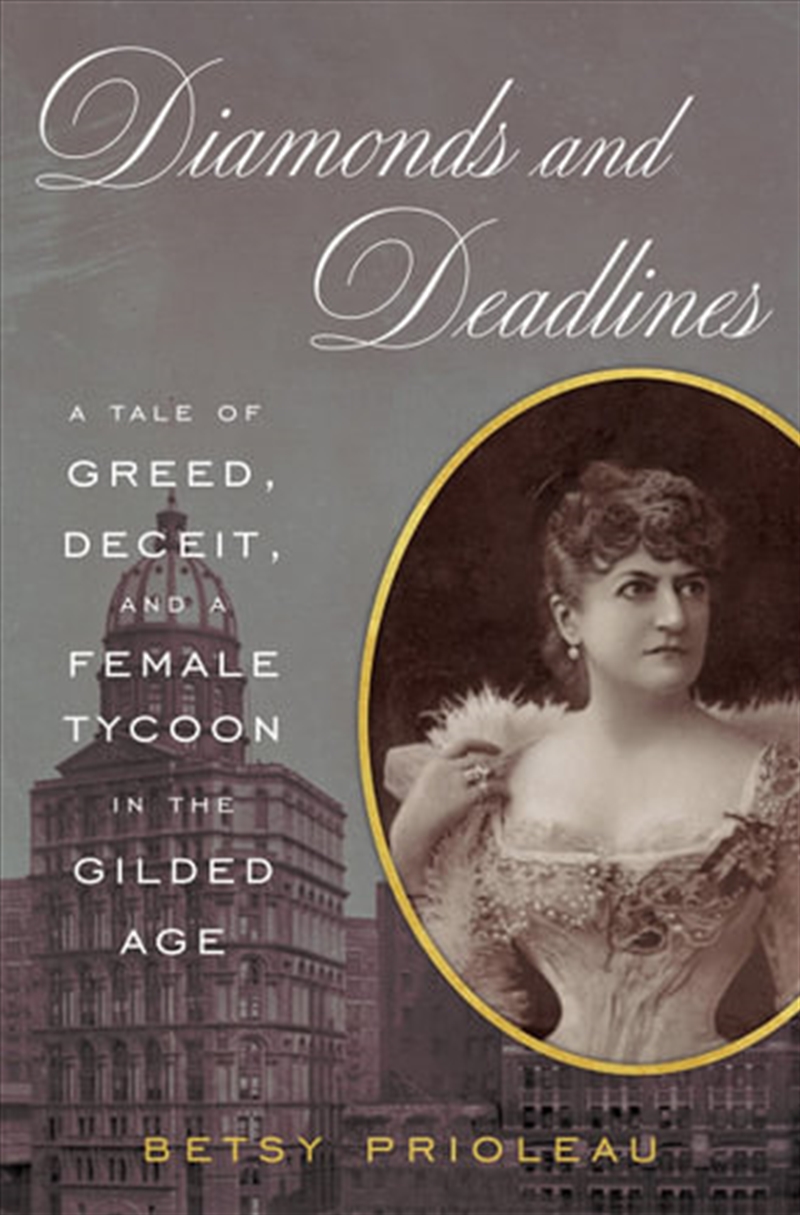 The first major biography of the glamorous and scandalous Miriam Leslie, titan of publishing and an unsung hero of women's suffrage

Among the fabled tycoons of the Gilded Age Carnegie, Rockefeller, Vanderbilt is a forgotten figure: Mrs. Frank Leslie. For twenty years she ran the country's largest publishing company, Frank Leslie Publishing, which chronicled postbellum America in dozens of weeklies and monthlies. A pioneer in an all-male industry, she made a fortune and became a national celebrity and tastemaker in the process. But Miriam Leslie was also a byword for scandal: She flouted feminine convention, took lovers, married four times, and harbored unsavory secrets that she concealed through a skein of lies and multiple personas. Both before and after her lifetime, glimpses of the truth emerged, including an illegitimate birth and a checkered youth.

Diamonds & Deadlines reveals the unknown, sensational life of the brilliant and brazen "empress of journalism," who dropped a bombshell at her death: She left her entire multimillion-dollar estate to women's suffrage-a never-equaled amount that guaranteed passage of the Nineteenth Amendment. In this dazzling biography, cultural historian Betsy Prioleau draws from diaries, genealogies, and published works to provide an intimate look at the life of one of the Gilded Age's most complex, powerful women and unexpected feminist icons. Ultimately, Diamonds and Deadlines restores Mrs. Frank Leslie to her rightful place in history, as a monumental businesswoman who presaged the feminist future and reflected, in bold relief, the Gilded Age, one of the most momentous, seismic, and vivid epochs in American history.

Betsy Prioleau is an author, radio personality, and cultural historian. She received a PhD in American literature at Duke University, then went on to teach English and world literature at Manhattan College, where she was a tenured associate professor. She was a scholar in residence at New York University, and most recently taught cultural history at the New York University Liberal Studies Program. She is the author of Swoon: Great Seducers and Why Women Love Them and Seductress: Women Who Ravished the World and Their Lost Art of Love.