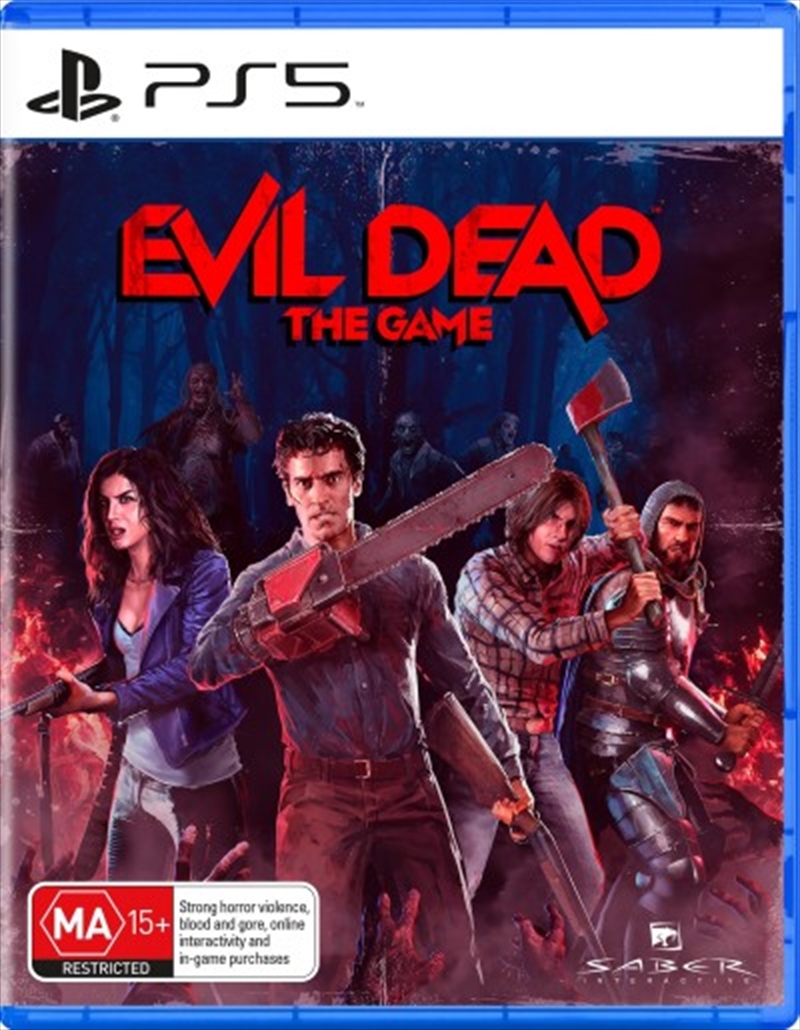 Step into the shoes of Ash Williams or his friends from the iconic Evil Dead franchise and work together in a game loaded with over-the-top co-op and PVP multiplayer action! Play as a team of four survivors, exploring, looting, managing your fear, and finding key items to seal the breach between worlds in a game inspired by all three original Evil Dead films as well as the Starz original Ash vs Evil Dead television series.

Play As Good or Evil: Fight for the forces of good or take control of the Kandarian Demon to hunt Ash & others while possessing Deadites, the environment & more as you seek to swallow their souls!

Over the Top Visuals: Whether you're tearing a Deadite in 2 with Ash's chainsaw hand or flying across the map as the Kandarian Demon, realistic visuals & physics-based gore brings the horror to life!

This...Is My Boomstick: Brandish your short barrel shotgun, chainsaw, cleavers and more to do some delightfully gruesome violence against the armies of darkness.