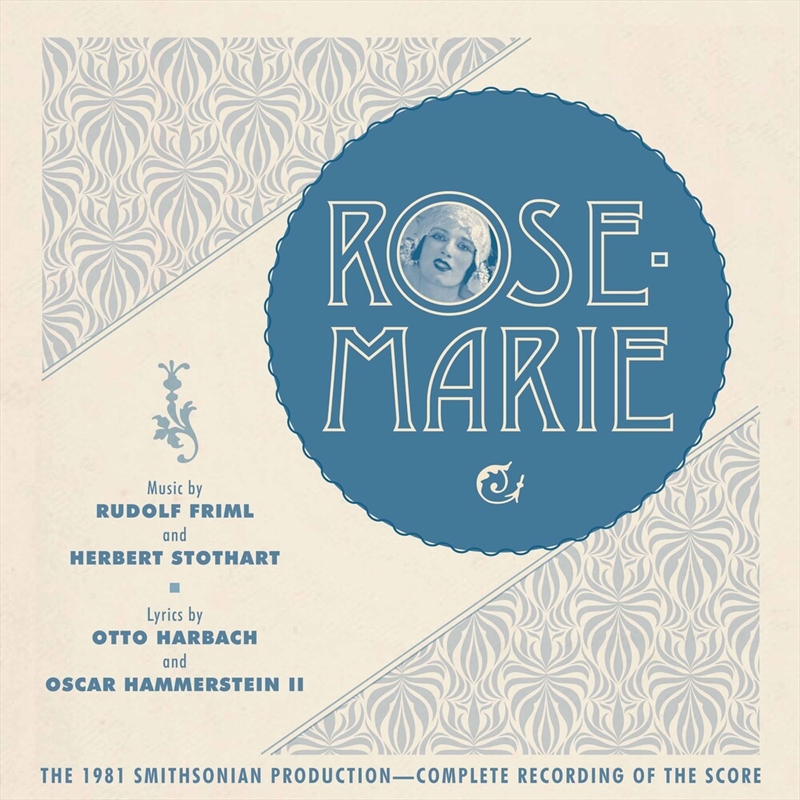 Harbinger Records is proud to present it's second partnership with the Smithsonian: the first release in any format of their 1981 production of the classic operetta Rose-Marie (1924), starring Broadway's Ron Raines. It is the only complete recording of the score, which includes lyrics by the 29-year-old Oscar Hammerstein, more than 20 years before he began his collaboration with Richard Rodgers. Rose-Marie was the first American musical with a Canadian locale-the Canadian Rockies, to be precise-and includes such evergreens at "Indian Love Call" ("When I'm calling you, ooo, ooo, ooo, ooo, ooo, ooo"), "Pretty Things," "Only a Kiss" and the stirring title song. Broadway audiences flocked to Rose-Marie for 557 performances, making it the fourth longest-running musical of the 1920s. A must for collectors and all fans of both the American musical and classical music, Rose-Marie has been packaged in a deluxe set with historic production photos and notes by two longtime Harbinger colleagues: co-producer Dwight Blocker Bowers, curator emeritus of the Smithsonian, and Ted Chapin, recently retired president of the Rodgers and Hammerstein Organization. Says Bowers: "It's not an overstatement to claim that Rose-Marie was the first American musical theater work to achieve wide international success. In his review of the original production, Arthur Hornblow in Theatre magazine praised it for being 'head, shoulders and waist above the customary dribble.' When the Smithsonian's recordings program was suspended, the unreleased Rose-Marie was a casualty, and I was given the chance to rescue the master tapes. Hence the collaboration with Harbinger, whose slogan is apt: Albums for the discerning collector."