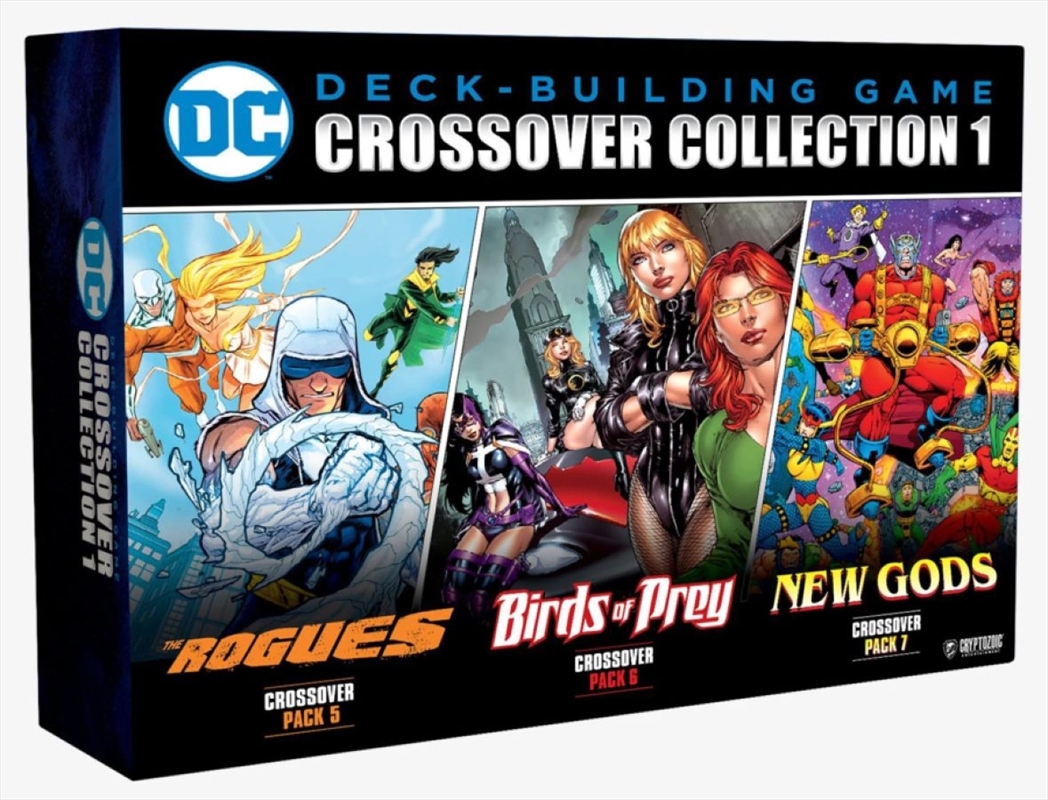 In Crossover Pack 5: The Rogues, you become a Super-Villain who always has some help within reach, thanks to ?Teamwork. ? This keyword found on many of the cards allows you to play the top card of another player ?s deck. The code ?honor among thieves ? usually applies here, as the player who assists you gets a piece of the action.

In Crossover Pack 6: Birds of Prey, you can play as the preeminent all-female covert ops team founded by Black Canary and Oracle. A brand-new innovation in this expansion is card rotation. Many effects on the cards, including the Super Heroes, allow players to rotate their cards and earn bonuses.

Finally, in Crossover Pack 7: The New Gods, you can play as Super Heroes living on New Genesis or Super-Villains residing on Apokolips. There are two stacks of HOMEWORLD cards, each with a special ability that all players can take advantage of. If you are Darkseid, you seek to conquer New Genesis ? but so do your fellow Super-Villain players. The Super Heroes, conversely, compete to conquer Apokolips.

This is not a standalone product. Requires any DC Deck-Building Game base game to play.