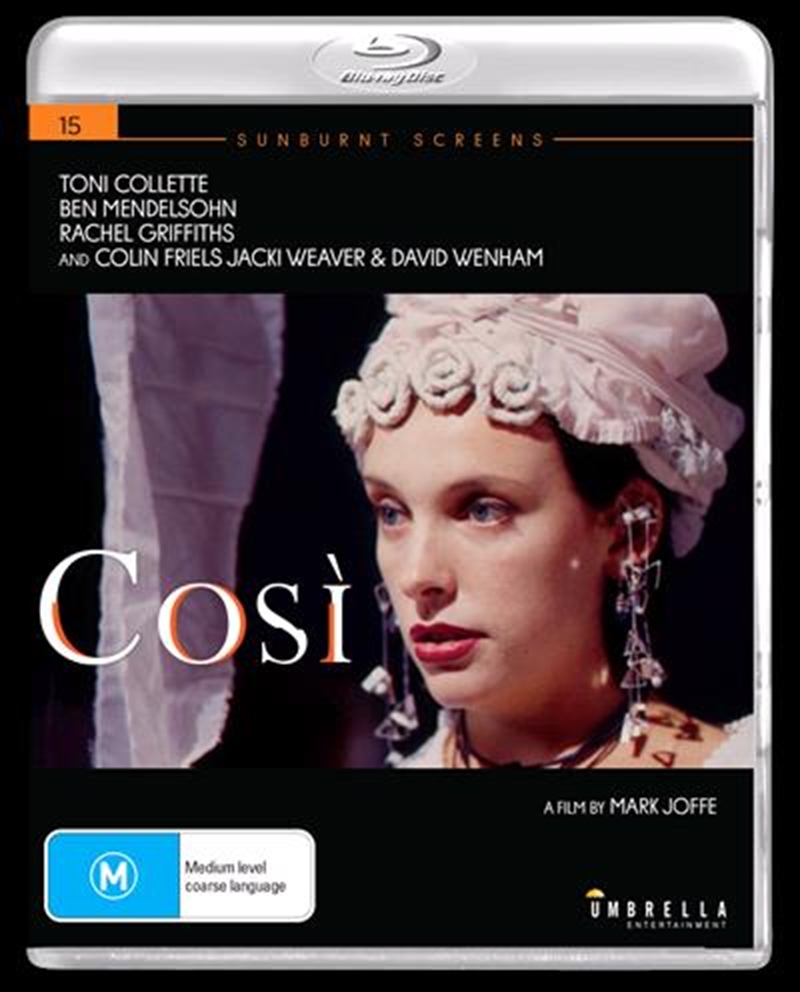 Ben Mendelsohn (Rogue One, Animal Kingdom) stars as Lewis Riley, an unemployed young man who applies for a job as a drama teacher at a mental hospital. Upon landing the job, he finds himself directing a production of Wolfgang Amadeus Mozarts Cosi - an elaborate, demanding piece of operatic theatre in Italian. Casting a list of patients who only speak English, Lewis has his challenges ahead, dealing with the eclectic eccentricities of everyone involved Barry Otto (Strictly Ballroom), stars as Roy who sweeps everything along before him, organising auditions and appointing himself as co- director. Roys enthusiasm infects the group, and they charge headlong into production. Soon, Lewis finds his own life becoming interwoven with the themes presented on stage.Loosely based on Louis Nowras own experiences at Plenty Mental Hospital in suburban Melbourne and directed by Mark Joffe (Spotswood), Cosi has become known as a classic Australian comedy since its hit release in 1996 and stars Toni Collette (The Sixth Sense, About a Boy) , Jacki Weaver (Animal Kingdom, Petersen), David Wenham (The Lord of the Rings, The Boys), Colin Friels (The Castle, Malcolm) and Rachel Griffiths (Muriels Wedding, Hacksaw Ridge).
DETAILS