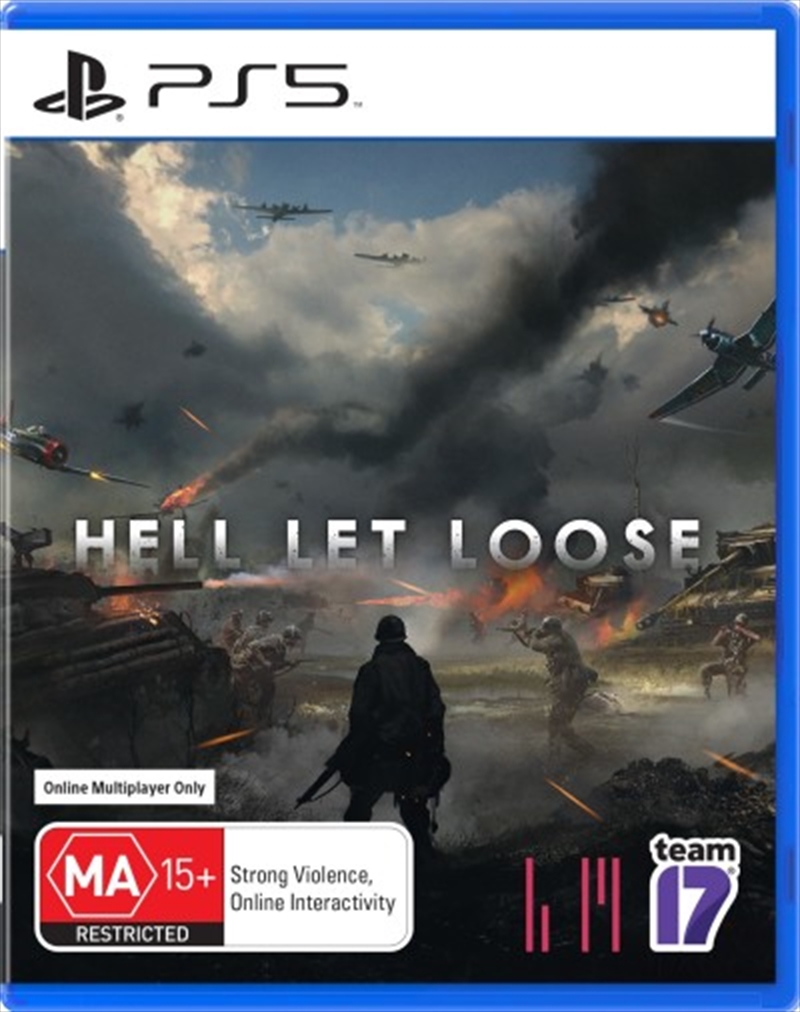 Fight in the most iconic battles of the Western Front, including Carentan, Omaha Beach and Foy and more. This is combat at a whole new scale, with lumbering tanks dominating the battlefield, crucial supply chains fuelling the frontlines, you are a cog in the machine of colossal combined arms warfare.

Hell Let Loose puts you in the chaos of war, complete with deep player-controlled vehicles, a dynamically evolving front line, and crucial unit focused gameplay that commands the tide of battle.

Fight in epic 50 vs 50 multiplayer battles.

9 maps with more added frequently: Land at Omaha Beach, fight through Carentan and into the frozen forests of Foy before climbing Hill 400.

Play and master one or many of 14 unique roles, including: Officer, Medic, Machinegunner, Commander, Crewman, Sniper and more.

Persistent player progression: Show off your experience by unlocking new uniforms, loadouts and other customisation options as you level up each individual role, as well as your player.

Take control of a huge array of WW2 vehicles including the Tiger, Sherman, Stuart, Puma and more with additional vehicles still to come.

Bombard and wipe the enemy from the field by taking control of heavy weapons such as anti-tank guns and artillery.

Use teamwork to smash through the enemy front line and push through to victory.

Play the game as the Commander and lead your team to victory using different abilities as you orchestrate your forces via the tactical map.