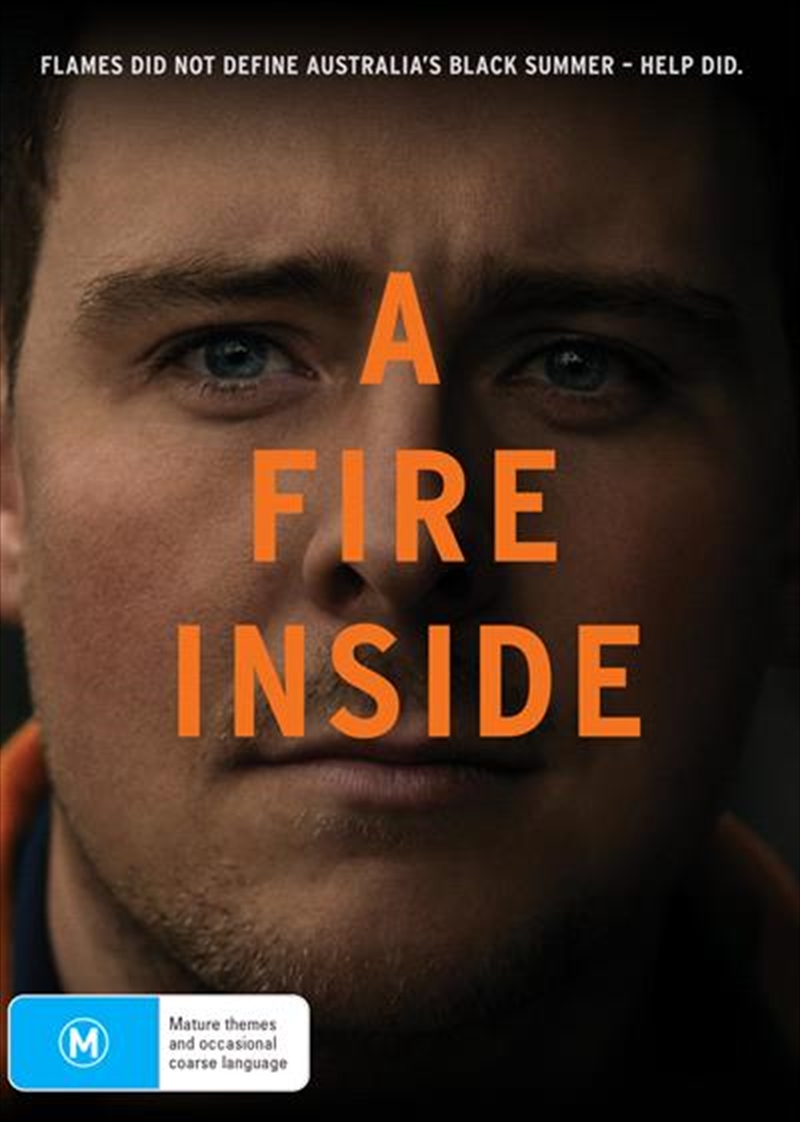 Shipping - See delivery options.
Postcode:
Quantity:
SEE MORE IN:
4 for $50 DVD, Blu-ray & More
DESCRIPTION
When a volunteer firefighter drives his car into almost certain death during the worst fires in Australian history, he does it because he 'has a job to do'. Three months later, the fires are out but his nightmares are just beginning. What's tormenting him, however, isn't the memory of flames. Turning a sensitive lens on the unprecedented devastation of Australia's 2019/2020 'Black Summer' bushfires, from a country-wide emergency to the astonishing stories of help that emerged, A FIRE INSIDE presents an inspirational look at the way people respond to crisis and its true cost to the human spirit.
TRAILER
DETAILS

Title: A Fire Inside